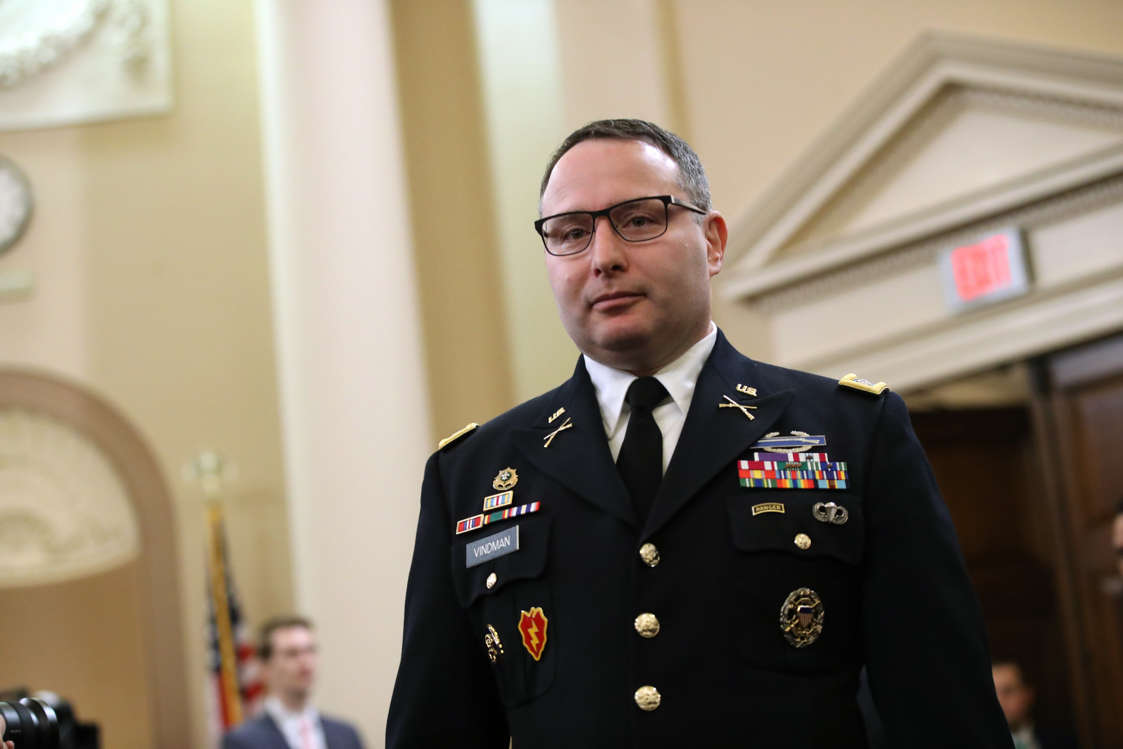 Republicans have remained unified in its criticisms of the Biden administration’s chaotic Afghanistan evacuation effort, but the resettlement of refugees at home has begun to divide members of the party. Some have slammed Biden for abandoning U.S. allies, while members of the GOP’s anti-immigrant wing have condemned the president for allowing what they call an influx of threatening foreigners into the U.S.

Mandel, a former Ohio state Treasurer and Marine veteran running for the U.S. Senate in 2022, called Vindman a “liar and traitor” on social media after Vindman’s wife, Rachel Vindman, criticized his opposition to the resettlement of Afghan refugees.

“You are a fool looking for attention,” Alexander Vindman tweeted in response. “You don’t represent Jewish values. You preach hate for refugees, when your own ancestors came here as immigrants and refugees. Sit down and shut up. #RefugeesWelcone.”

You are a fool looking for attention. You don’t represent Jewish values. You preach hate for refugees, when your own ancestors came here as immigrants and refugees. Sit down and shut up. #RefugeesWelcome https://t.co/LUjIB2Dyu7— Alexander S. Vindman (@AVindman) September 4, 2021

The exchange came after Rachel Vindman condemned Mandel for vowing to fight the Afghan resettlements. “These planes are now being emptied into Cleveland, Toledo and other places in the heart of America. To protect our kids, our communities and our Judeo-Christian way of life, we must FIGHT this with all our might,” Mandel tweeted Friday.

“To protect my child from monsters like @JoshMandelOhio and to teach her about our faith and values, we welcome these refugees with all our might,” Rachel Vindman tweeted in response.

This week, former President Donald Trump, House Minority Leader Kevin McCarthy and others have both sought to use the relocation of refugees to bolster the anti-immigrant stance of the right.

“We’ll have terrorists coming across the border,” McCarthy said in a call with a group of bipartisan House members, according to the New York Times.

Representative Matt Rosendale of Montana wanted that Afghan refugees “could bring additional people” and “flood our country with refugees” once they have completed relocation in America. Representative Marjorie Taylor Greene of Georgia asked, “Will this bring chain migration too?”

A recent CBS poll, conducted between August 18-20, showed that 76 percent of Republican voters support bringing Afghan allies to the U.S., while only 24 percent oppose.

Homeland Security Secretary Alejandro Mayorkas has said that the U.S. expects to resettle more than 50,000 Afghans who were evacuated amid the Taliban takeover.

Original Article: ‘Sit Down and Shut Up’: Alexander Vindman Fires Back at Ohio Republican Over Afghan Refugees (msn.com)

23 thoughts on “‘Sit Down and Shut Up’: Alexander Vindman Fires Back at Republicans”