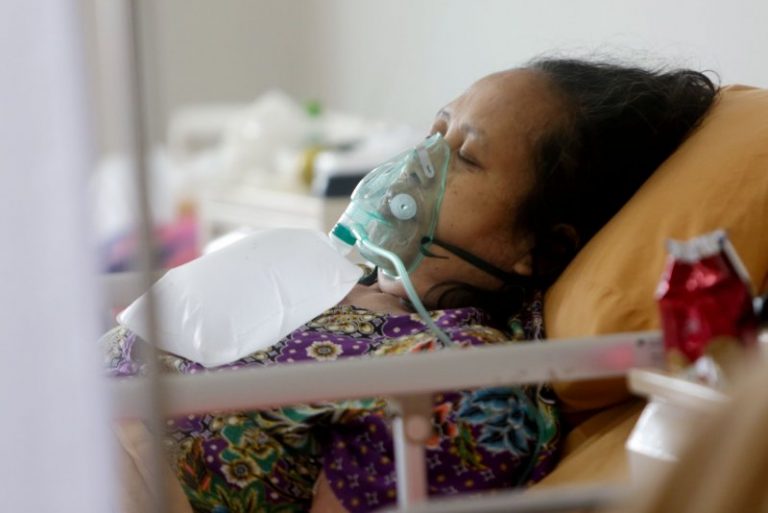 The study, published in The Lancet Infectious Diseases journal on Friday, is an analysis of more than 40,000 coronavirus infections in England. It adds to evidence suggesting that Delta may cause more severe illness than other variants do.

Fewer than 2 percent of the infections occurred in fully vaccinated people, and there was not enough data to draw firm conclusions about hospitalization risks in that group specifically, the researchers said.

“The main takeaway is that if you have an unvaccinated or only partially vaccinated population, then an outbreak of Delta can lead to a higher burden on hospitals, on health care, than an Alpha outbreak would,” said Anne Presanis, a senior statistician at the University of Cambridge and one of the study’s lead authors.

In the new study, researchers analyzed the health data of people who tested positive for the virus in England from March 29 to May 23, as Delta was spreading through the country. Seventy-four percent of people were unvaccinated, 24.2 percent were partly vaccinated, and 1.8 percent were fully vaccinated.

For both groups, the risk of hospitalization was small, the researchers found. Just 2.2 percent of people with Alpha and 2.3 percent of those with Delta were admitted to the hospital within two weeks of testing positive for the virus.

But people infected with the Delta variant were younger, on average. When the researchers adjusted for age and other factors that are known to affect disease severity, they found that when Delta caused the infection, the overall risk of being hospitalized was more than two times as high.

When the researchers broke down the data by vaccination status, they confirmed that Delta doubled the risk of hospitalization for those who were unvaccinated or had received their first dose less than three weeks earlier. The fully vaccinated group was too small to be rigorously analyzed on its own, the researchers said.

“We already know that vaccination offers excellent protection against Delta, and as this variant accounts for over 98 percent of Covid-19 cases in the U.K., it is vital that those who have not received two doses of vaccine do so as soon as possible,” Dr. Gavin Dabrera, a lead author of the paper and an epidemiologist at Public Health England, said in a statement.