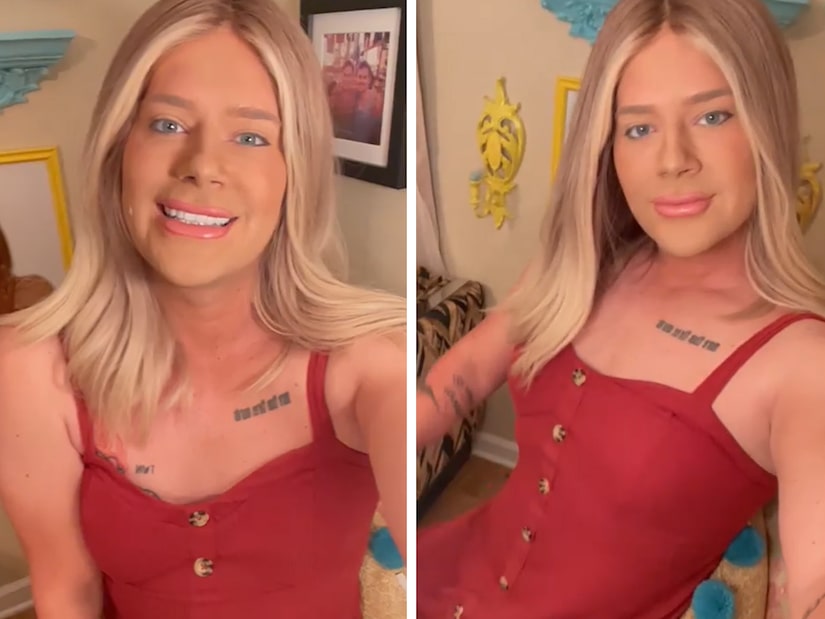 Cara says she has “no more apologies to make for who I am.”

Previously known in the public eye as Chris Crocker, the 33-year-old social media star behind the “Leave Britney Alone” video now answers only to Cara and, on Wednesday, began hormone replacement therapy after previously coming out as transgender.

Cara, who confirmed to TooFab she uses she/her pronouns, opened up about the big appointment on Tuesday evening, in a post about her transition so far.

“It’s been 33 years coming and I’m happy to be in a place where I can embrace who I am,” she wrote. “I have put my identity & personal happiness aside for so long, out of fear of rejection or me not wanting to embarrass my family.”

“Then I realized anyone who actually loves me for me won’t be embarrassed and would’ve shown actual genuine interest in how long I have felt this way, in the first place,” she continued. “I am transitioning & I have no more apologies to make for who I am.”

“As my transition progresses – I will not be answering to Chris. It’s Cara,” she added, while suggesting she was also dropping “Crocker” going forward, as it “was never & isn’t” actually their last name. Cunningham is her legal surname.

In another video posted on Tuesday night (above), a smiling, happy Cara can be seen flipping her hair to Taylor Swift’s “The Man.” In the caption, she added, “I should be sleeping but I’m so excited for my HRT appointment in the morning.”

Cara has opened up about her journey with gender throughout her time in the spotlight and, in the past, has stated she felt transgender as far back as 17.

In videos from earlier this year, Cara explained that she does “feel like a woman on the inside” even though she presented “aesthetically male.” She explained that, growing up in a conservative, small town in Tennessee, she “never wanted to disrespect anyone” and never felt “free” enough to “be female” until moving to Los Angeles at the height of the “Leave Britney Alone” era.

That changed after Cara moved back to Tennessee, where she often “felt physically unsafe” while presenting female. “I definitely know that when I’m in a financially secure situation, I would be much happier with myself transitioning,” she said back in March. Cara also explained that she made a living as an adult entertainer, making “specifically gay content” on OnlyFans while “appealing to a certain demographic to survive financially,” again complicating she transition.

“To me, this is drag,” she said of presenting male. “This is all drag to me. I, for better or for worse for survival purposes, disassociate with how I’m presenting.”

Cara recently raised $41,000 by auctioning off the original footage of her Britney Spears video as an NFT, or non-fungible token. The funds, however, were used to help their family. Cara said she was “still struggling to fully fund my transition, but am grateful that I am now on hormones and working towards my goal!”