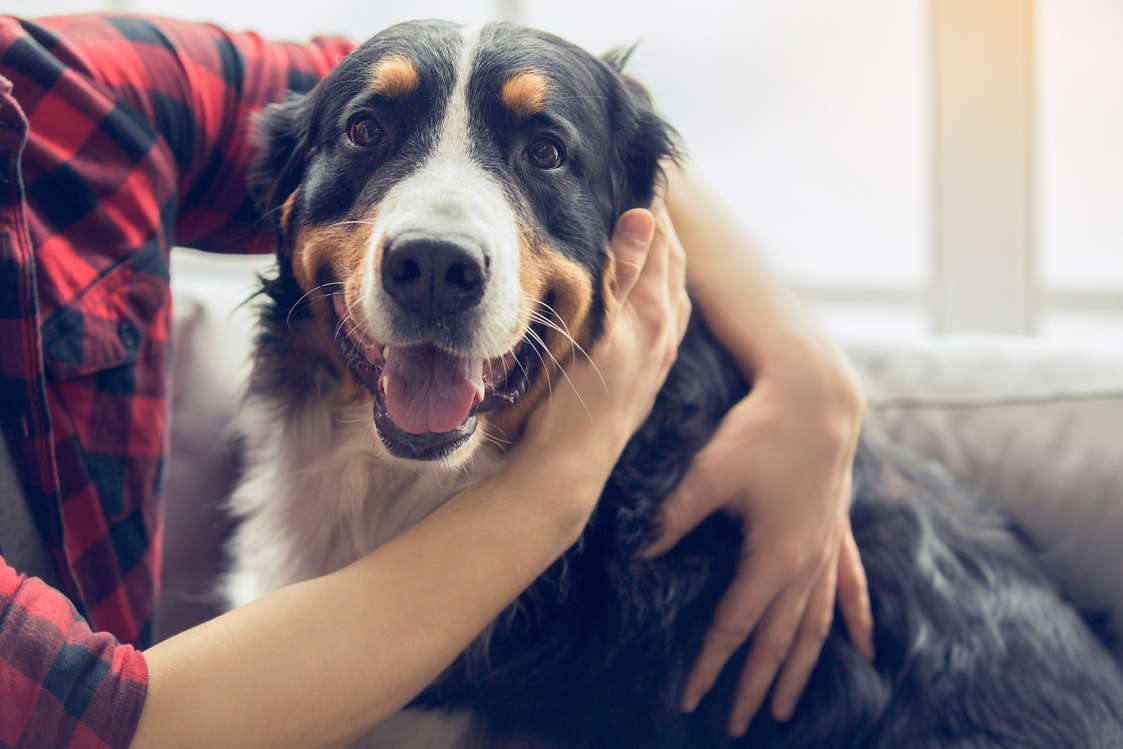 A Wisconsin man has been reunited with his lost dog after spotting the pet on a news segment two years after the animal went missing.

The man, identified only as Dwight, recognized his dog, whose name is Payday, on Wednesday, July 21 when watching a morning broadcast by FOX6 News Milwaukee.

The Wisconsin Humane Society, which was looking after the animal, revealed in a lengthy Facebook post on July 27 that: “Last week, we were shocked and thrilled when FOX6 News Milwaukee reached out to us after one of our regular Adopt-A-Pet segments.”

The animal shelter then went on to explain that Dwight had awoken to “the sounds of FOX6’s morning broadcast, just as our volunteer started describing a little brown dog with the most adorable underbite.”

The Wisconsin Human Society also clarified that it was rare for the man to have his TV on at this time “but must have left it on by accident—or perhaps thanks to fate.”

“It only took one glance at the picture for Dwight to immediately recognize Payday, his long-lost pup who had gone missing nearly two years ago!”

Dwight called the TV station upon seeing his pet, and “Payday was reunited with his family at the WHS Milwaukee Campus that same afternoon.”

The Facebook post, which can be viewed here, also featured a video that showed the adorable pooch entering a room to be greeted by a woman who is identified as “Dwight’s mom, Melissa” who came to pick up “the beloved pup.”

In the clip, the dog, who appears to be a Dachshund, jumps up at the woman and licks her face, as well as wriggling in excitement. Melissa can be heard exclaiming: “My baby!”

The shelter also revealed that another member of Dwight’s family would be delighted to see the dog, explaining: “Payday was originally purchased for Dwight’s now 12-year-old daughter, who was still distraught over the incredible loss of her best friend.”

The Facebook post, which has so far been liked 937 times, ends: “We are beyond ecstatic for this amazing family to finally be whole again.”

Many took to the comments section to share their thoughts on the heartwarming story.

One Facebook user, Cathy Bellin, wrote: “Thanks for sharing this wonderful reunion. Just what I needed to see.”

Another person, Sherry Scheffler Schinkowitch, typed: “No other proof needed that he was their baby! How wonderful they found each other.”

Dawn K. Harwood added: “YAY! So happy that you’re back with your family safe and sound!”

Rachel Marie commented: “That baby knew who his mommy was Soo happy for them both!”

Kristy Jensen Adams gushed: “Love this!! Wonder where he’s been the past 2 years.”

The Wisconsin Humane Society said: “Returning lost animals to their families is a core part of our daily animal sheltering work, and it’s a privilege to witness the profound joy of a redemption—especially one that waited two years!”