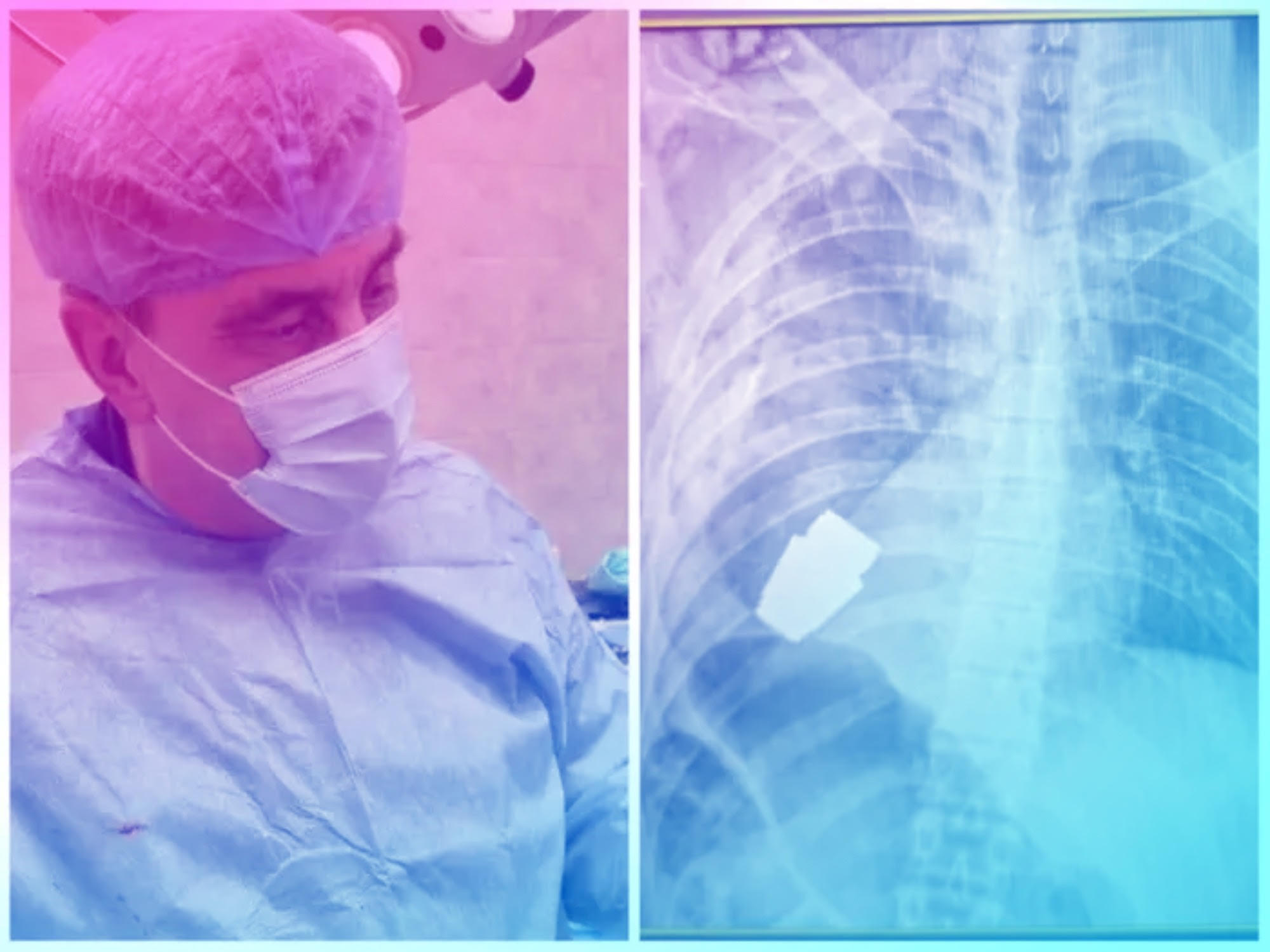 Senior Ukrainian officials claim that military physicians in their country have successfully carried out a challenging procedure to remove an unexploded grenade from a patient’s chest.

The grenade was visible inside the soldier’s chest in an X-ray image uploaded on Facebook on January 9 by Hanna Maliar, Ukraine’s deputy defense minister.

She stated in her article that “Military physicians performed an operation to remove a VOG grenade from the soldier’s body that did not detonate.

Maliar also wrote that doctors did not use electrocoagulation during the surgery —  a common method to control bleeding that works by using electric current to burn the edges of blood vessels, cauterizing a wound or incision. In this case, doctors feared the electric current would set off the grenade.

“The unexploded part of the grenade was taken from under the heart. The grenade did not explode, but remained explosive,” wrote Anton Gerashchenko, Ukraine’s internal affairs ministerial adviser, in an update on Telegram (opens in new tab) (translated from Ukrainian). He said that the patient is about 28 years old and is undergoing further rehabilitation and recovery.

“There have never been such operations in the practice of our doctors,” he wrote.

The operation may be a first in the current war between Ukraine and Russia, but surgeries like it have happened before. A 1999 study (opens in new tab) in the journal Military Medicine looked at U.S. military data and found 36 cases of unexploded ordnance being removed from patients between World War II and the study’s publication. Though four patients died of their injuries before surgery could be attempted, the other 32 operations were successful.

In 2006, a team of U.S. military doctors in Afghanistan removed an unexploded grenade from the abdomen of Pvt. Channing Moss (opens in new tab), a U.S. soldier. And in 2014, doctors removed potentially explosive ammunition from the head of a 23-year-old pregnant woman in Afghanistan. Though the object turned out to be a non-explosive metal bullet, doctors took precautions similar to those taken by Ukrainian doctors in the recent case, such as forgoing the use of an electrocautery device, which they documented in a 2016 case report (opens in new tab). The U.S. Department of Defense’s Joint Trauma System even has official guidance (opens in new tab) on how to handle such cases.

Nevertheless, the successful Ukrainian surgery marks a case where everything went right in a nerve-wracking, potentially deadly situation.

“I think this case will go down in medical textbooks,” wrote Gerashchenko.