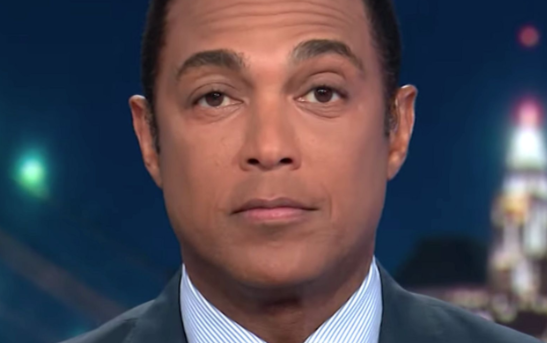 Prince Harry’s Spare memoir details his estranged relationships with the royal family, including brother Prince William, and the book has already sparked backlash.

“Everyone has a family. I have arguments in my family. Am I going to put that out there for the whole world to see?” Don Lemon said during the Thursday, January 5, broadcast of CNN This Morning, reacting to an early excerpt of the book that detailed a physical fight between the siblings. “I just don’t understand why on Earth he would want to put that out there. I know he’s selling a book, but to me, it’s just gauche. This is not done.”

The 56-year-old broadcast journalist added: “What exactly is he achieving by airing family dirty laundry? That’s [my] question.”

The Duke of Sussex, 38, claimed in Spare — which hits shelves on Tuesday, January 10 — that William, 40, had referred to Harry’s wife, Meghan Markle, as “difficult,” “rude” and “abrasive” during an argument. The Prince of Wales then allegedly grabbed Harry’s shirt collar, ripped his necklace and “knocked” him onto the floor, where he landed on the dog’s bowl.

“What was different here was this level of frustration, and I talk about the ‘red mist’ that I had for so many years — and I saw this ‘red mist’ in him,” the BetterUp CIO recalled of the alleged altercation in a clip from his ITV interview with presenter Tom Bradby, which airs on Sunday, January 8. “He wanted me to hit him back, but I chose not to.”

While William has not publicly addressed the alleged fight, a source exclusively told Us Weekly that he was not pleased about the stories that Harry discussed in his memoir.

“William thinks Harry is delusional making these crazy allegations,” the insider said earlier this month. “It’s the ultimate betrayal. The trust between the two brothers is completely broken.”

While Spare is seen as “the ultimate” betrayal for William — whom the Invictus Games founder called his “archnemesis” in the tome — it is not known how it will impact the royals’ relationship with the Sussexes.

“Kings and future kings are used to getting what they want. Harry is not, and he wants that to change. It won’t,” royal expert Christopher Andersen exclusively told Us on Thursday, speculating about potential consequences. “If Harry wants his father and brother back as he says [in the trailer for his ITV sit-down], he has an awfully peculiar way of going about it. Spare makes any hope of rapprochement impossible.