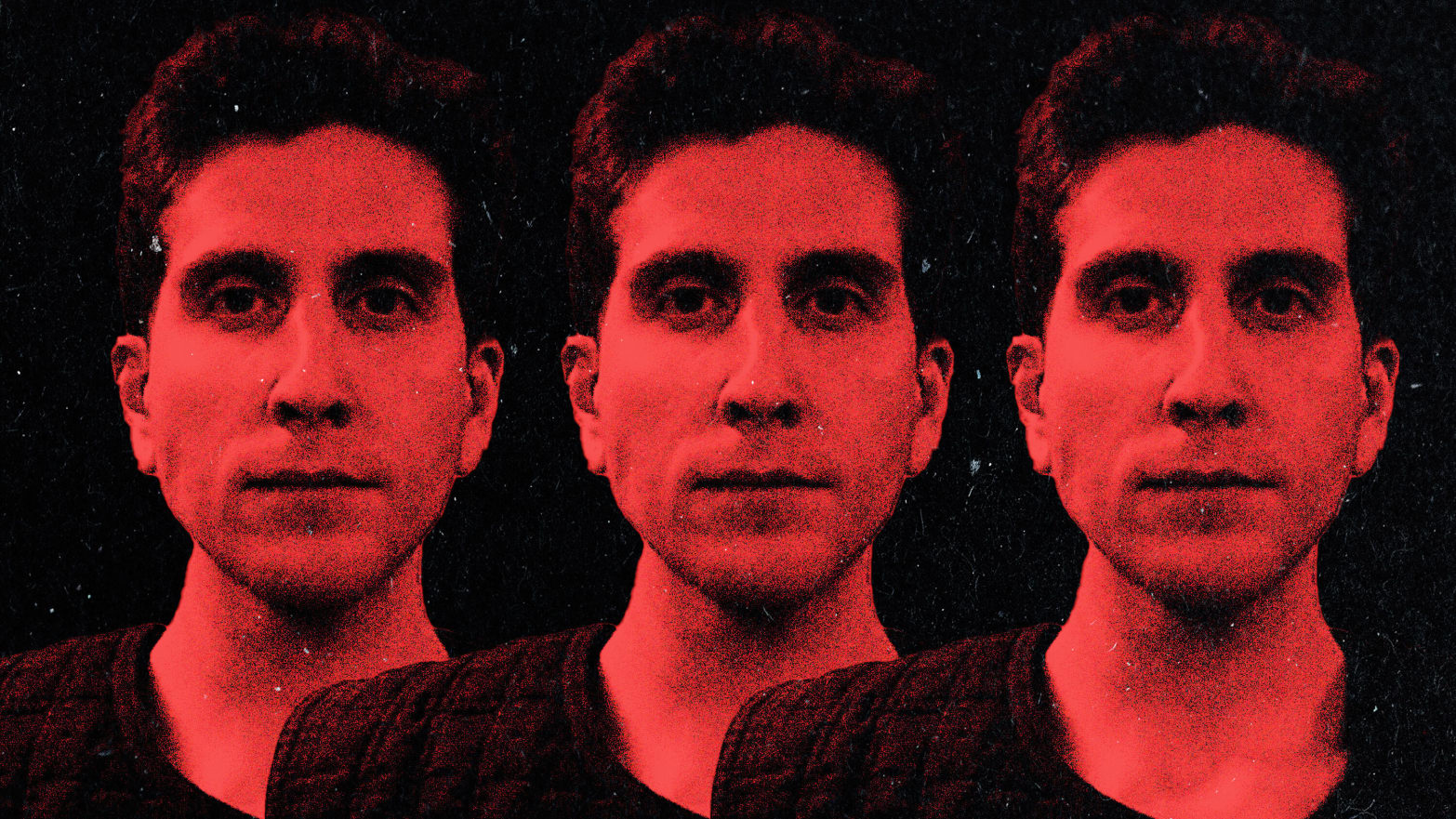 The 28-year-old grad student charged with killing four University of Idaho students in their sleep undertook a research project that asked ex-cons to map out how they committed their crimes, and took courses by the famed forensic psychologist Katherine Ramsland, who has written 68 books including How to Catch a Killer, The Psychology of Death Investigations, and The Mind of a Murderer.

Moscow Police Chief James Fry confirmed at a Friday afternoon press conference that Bryan Christopher Kohberger was arrested that morning on a warrant for the first-degree murders of Kaylee Goncalves and Madison Mogen, 21, and Xana Kernodle and her boyfriend Ethan Chapin, both 20. He was nabbed in his hometown of Albrightsville, Pennsylvania, and will appear in court Tuesday for extradition proceedings.

Fry declined to release further details, including a potential motive, until Kohberger is brought back to Idaho. An FBI surveillance team had been tracking him for four days before his arrest, according to CNN. Cops have not yet found the murder weapon, Fry said, but they did seize a white Hyundai Elantra, the same model of car seen in the vicinity of the murders in November.

Public records list Kohberger as a registered libertarian voter and a criminology buff who comes from a family of mental health workers. He is a criminal justice and criminology Ph.D student at Washington State University—and lives on campus in Pullman, just eight miles from the Moscow crime scene.

WSU Pullman Chancellor Elizabeth Chilton confirmed that search warrants were executed Friday at Kohberger’s apartment and office on campus. “Kohberger had completed his first semester as a PhD student in WSU’s criminal justice program earlier this month,” she said, adding that campus police were working with local, state, and federal law enforcement.

Kohberger completed his graduate studies in criminal justice this year at DeSales University, in Center Valley, Pennsylvania, where students told The Daily Beast he took classes with Prof. Ramsland, whose courses included “Psychology of Death Investigations.” Ramsland declined to comment when reached by The Daily Beast Friday.

A former classmate at DeSales, who asked not to be named, said they got into a disagreement with Kohberger during an introductory biology class group project. While they didn’t remember the conversation, they recalled Kohberger as “very intelligent” and “well spoken” but “seemingly detached.”

“He was very leveled and somewhat imposing. There wasn’t much emotion displayed by him,” the classmate said, adding that he remembers Kohberger’s “intense stare.”

“He took care with how he spoke,” the person said.

In a since-removed post on Reddit from seven months ago, Kohberger asked ex-cons to participate in a DeSales research project that sought to “understand how emotions and psychological traits influence decision-making when committing a crime.”

The research project, which was taken offline Friday, asked participants questions like how they approached their victim or target, how they prepared for the crime, how they traveled to and entered the location of the crime, and “Did you struggle with or fight the victim?”

In a statement to The Daily Beast, DeSales confirmed Kohberger received a bachelor’s degree in 2020 and completed his graduate studies in June 2022. “As a Catholic, Salesian community, we are devastated by this senseless tragedy. Our thoughts and prayers are with the victims’ families during this difficult time,” a spokesperson said.

Northampton Community College in Albrightsville confirmed to The Daily Beast that Kohberger graduated in 2018 as a psychology major. He was also employed as a part-time school security officer by the Pleasant Valley School District for several years until last year.

Former friends told The Daily Beast that Kohberger’s high school years were marked by a drastic weight loss, as well as cruel bullying, and a deep interest in police movies and criminology. Meanwhile, his parents battled financial issues, filing for bankruptcy the year Kohberger was born, and again when he was 14. On the second occasion, they surrendered their house and car after facing $260,173 in debts and having just $512 in the bank, records show.

Nick Mcloughlin, 26, who was friends with Kohberger in high school and vocational school, described Kohberger as “down to earth” and overweight when they graduated junior year. But at the start of senior year, Kohberger was “thinner than a rail” and turned “aggressive,” he said. He’d also picked up a new hobby: taking boxing classes.

“He always wanted to fight somebody, he was bullying people. We started cutting him off from our friend group because he was 100 percent a different person,” Mcloughlin said, adding that he had “no idea” what might have contributed to the change that summer.

Another high school friend, Thomas Arntz, recalled Kohberger as a “bully” who would point out his friends’ “flaws and insecurities” to distract from his own struggles with his weight.

“He did that to me all the time,” Arntz told The Daily Beast. “He would go after my intelligence. He would basically insinuate that I’m kind of slow-witted and that I’m forgetful and [that] I lack the intelligence to be his friend.”

Arntz said he cut off his friendship with Kohberger because of the incessant bullying. He said his father, a maintenance worker, and mother, a substitute teacher, were “genuinely kind people.” Arntz’s sister, Casey, said Kohberger told her after graduating that he had entered rehab.

When she ran into him at a wedding in 2017, she said, it seemed “like his life was picking up.” She added: “Apparently it wasn’t.”

Arntz said he was shocked by the news of Kohberger’s arrest, but not surprised. “He was mean-spirited, he was a bully,” he said. “I never thought he would do something like that but at the same time it doesn’t really surprise me.”

Mcloughlin said he and Kohberger would spend half the school day at Pleasant Valley High before heading to Monroe County’s vocational school, where they took classes related to heating and air conditioning work. He said Kohberger also took criminal justice courses to potentially become a cop.

Mcloughlin said the friendship ended when Kohberger began putting moves on his girlfriend. “He was, like, reaching out to her, saying, ‘I can get us a bottle and we hang out tonight.’”

A former teacher of Kohberger’s at Pleasant Valley High School told The Daily Beast that he was a “good kid” and “never in major trouble.” She said that when she taught him in 11th and 12th grade, Kohberger was “passionate about criminal justice.”

“He was just a regular 12th grader, had a few friends, was a good student,” she said. “I thought he would become a police officer or correctional officer.”

“He liked to watch movies about police, and ask me the next day if I’d seen it. It was more than a hobby for him, he was always asking questions,” she said.

She said she’s feeling sick over Kohberger’s alleged crimes and wonders if she could have done more for him or said something different to prevent him from traveling down a dark path. “He liked school, got good grades, did well at vo-tech, had friends, and a plan to go to school for criminal justice,” she said. “He had his life in order.”

Another high school classmate, who asked not to be named, said of Kohberger: “I remember he was very quiet and shy. A lot of people made fun of him. I don’t know if it was because he was quiet and shy or how heavy he was. But you could tell he was a smart, organized student, like all As and really to the point.”

The arrest signifies a long-awaited breakthrough, and a stunning turn of events after police fumbled the early stages of the investigation, initially calling the killings “targeted” but later conceding they had no murder weapon, no motive, no suspect, and no clear reason why the group were killed so brutally.

In a statement to The Daily Beast after Kohberger’s arrest, Chapin’s family said they were “relieved this chapter is over because it provides a form of closure. However, it doesn’t alter the outcome or alleviate the pain. We miss Ethan, and our family is forever changed.”

“Over the last seven weeks, we stood by the Moscow Police Department, FBI, and Idaho State Police, confident they would solve this crime. So, when we received the phone call last night, we congratulated them for their diligent work and service,” they said.

“Today, we marvel at the continued stories about Ethan and the lives he touched in his short 20 years. If we all lived and loved as Ethan did, the world would be a better place.”

Fry said detectives received more than 19,000 tips, and conducted 300 interviews. Latah County Prosecutor Bill Thompson would not say whether Kohberger acted alone, but asked for anyone who knew, or interacted, with him to get in touch with investigators.

“This is not the end of this investigation,” Thompson said. “In fact this is a new beginning.”

He said a probable cause affidavit for Kohberger will remain sealed until her appears in an Idaho court.

Kohberger will be represented by a public defender and is being held without bail in Pennsylvania, Thompson said. He will be under the same order once he returns to Idaho.