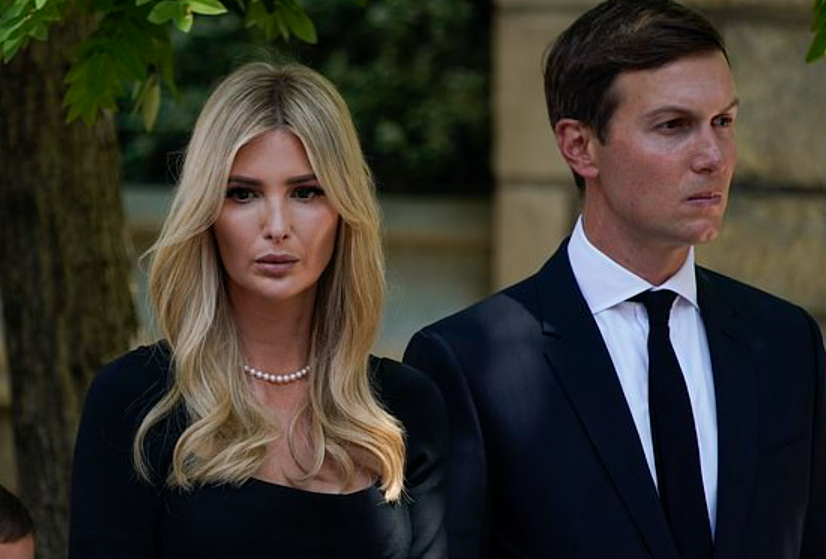 Former US President Donald Trump has claimed he asked his daughter Ivanka and her husband Jared Kushner to steer clear of his 2024 presidential campaign in a bid to shield them from the ‘nasty’ world of politics.

Trump posted a statement on his Truth Social page on Monday, claiming that he never asked the pair to be part of his presidential bid in order to shelter them from the ‘fake and corrupt news’ and individuals in politics.

Ivanka released a statement last month, outlining her intention not to be involved in the campaign, instead choosing to focus on her children, as she was notably absent from the Mar-a-Lago launch. Her husband chose to attend.

In her statement, Ivanka said: ‘I love my father very much. This time around, I’m choosing to prioritize my young children and the private life we are creating as a family.

‘While I will always love and support my father, going forward I will do so outside the political arena.’

According to reports at the time, Trump had asked his daughter and son-in-law, who have three children together, to be part of his team.

But Trump has taken to social media to dispel ‘fake news reporting’, stating that the couple should ‘not be further subjected’ to the world of politics.

‘Contrary to Fake News reporting, I never asked Jared or Ivanka to be part of the 2024 Campaign for President and, in fact, specifically asked them not to do it – too mean and nasty with the Fake & Corrupt News and having to deal with some absolutely horrendous SleazeBags in the world of politics, and beyond,’ he wrote.

Donald Trump Jr. missed the speech due to a flight hiccup as he was returning to Florida from a hunting trip. Daughter Tiffany Trump also missed the festivities.

He confirmed that he was planning to run for Presidential office to huge cheers, before launching into his plans for the country.

‘Three years ago when I left office, the United States stood ready for its golden age. Our nation was at the pinnacle of power, prosperity and prestige – towering above all rivals vanquishing all enemies and striding into the future confident, resourceful,’ he said.

He vowed to make his run about working people, restoring American energy independence, reforming elections to make sure there are ‘only paper ballots’ and restoring an ‘agenda of greatness’ with top Republicans and the media saying he should stay out of the race.

‘This will not be my campaign,’ he added. ‘This will be our campaign all together. Because the only force strong enough to defeat the massive corruption we are up against is you, the American people.

‘The only force strong enough to defeat the massive corruption we are up against it’s you, the American people. ‘It’s not about politics, it’s about love for this great nation’.

In a line he has used before, he told the audience: ‘I didn’t need this. I had an easy life’.

‘This is something I didn’t need, and a lot of you people don’t need either, but we have to take care of our country. We love our country, we need to save our country’.