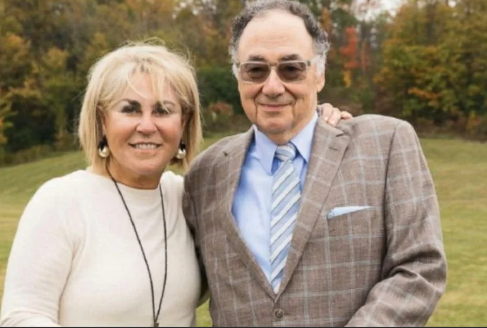 Barry Sherman, 75, and Honey Sherman, 70, were found strangled in their Toronto home nearly five years ago, and their murders remain unsolved.

The Sherman family previously offered up $10m to help arrest and convict the couple’s killer.

The total reward for anyone with information now sits at $35m.

In a statement shared with Canadian media ahead of the fifth-year anniversary of his parents’ death, Jonathan Sherman said “closure will not be possible until those responsible for this evil act are brought to justice”.

Barry Sherman was one of Canada’s richest men and the founder and chairman of the generic drug company Apotex. He and his wife, Honey, were well-known philanthropists who gave millions to hospitals, universities and Jewish organizations.

Police have been unable to name a suspect yet, though they say the investigation is ongoing into the high-profile murders of 15 December 2017.

In January 2018 – about six weeks after the Shermans had been found – police said the pair were victims of a double homicide, and that both had been targeted.

Last December, Toronto Police released video footage of a person walking outside the couple’s home the day before they were killed in an appeal for information from the public, adding they believe the person captured on camera was a suspect.

Police have not confirmed whether the suspect has since been identified, but said they remain committed to solving the case.

Since the Shermans’ murder, police have conducted at least 250 witness interviews, received 1,255 tips from the public, and obtained 41 warrants.

The couple’s four adult children have previously criticised Toronto Police for their handling of the investigation, and have hired a private investigator to look into their parents’ murders separately.

In his latest statement, Mr Sherman said the death of his parents had been a nightmare, and that he has been overwhelmed with feelings of pain and loss since their bodies were discovered five years ago.

“This immeasurable pain is felt every day when I realise that my own two children will never have the privilege of meeting my parents,” he said.

Sherman added his parents “deserved to enjoy the fruits of their labor, and spend their twilight years as any grandparent should, with their family”.