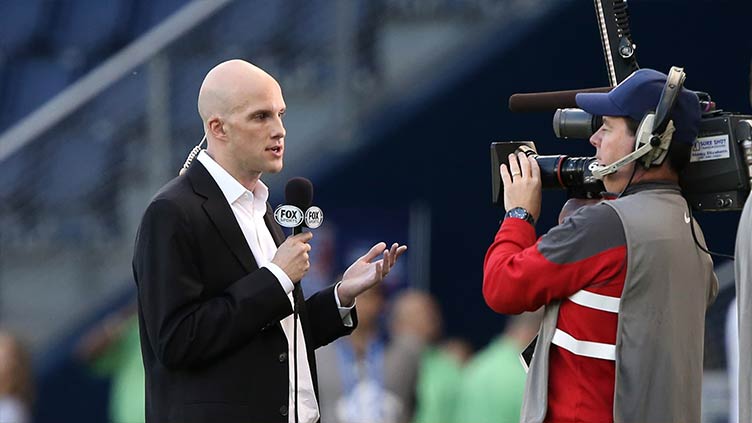 Sportswriter Grant Wahl has died suddenly while covering the World Cup in Qatar.

The United States Soccer Federation confirmed his death in a statement late Friday, praising the 48-year-old veteran soccer journalist for his “insightful and entertaining stories” about the sport.

In addition to “elevating” the sport with his “brilliant writing,” the soccer federation said, “Grant’s belief in the power of the game to advance human rights was, and will remain, an inspiration to all.”

The statement appeared to hint at Wahl’s decision to take a stand for LGBTQ+ rights in a country that forbids same-sex relations under Islamic Sharia law. Wahl said he was briefly detained by security officials late last month after showing up to the Ahmed bin Ali Stadium in a rainbow T-shirt.

He was released after tweeting about the ordeal.

Few details were immediately available on the circumstances of his death. NPR reported that he died in Doha while covering the Argentina-Netherlands World Cup quarterfinal. Wahl’s brother, Eric, posted an emotional Instagram video suggesting there was something sinister involved in the his death.

“I’m gay. I’m the reason he wore the rainbow shirt to the World Cup. My brother was healthy. He told me he received death threats. I do not believe my brother just died. I believe he was killed,” he said in the video.

He said Wahl had collapsed at the stadium and received CPR before being rushed to a hospital, where he died.

Read more at The Daily Beast.