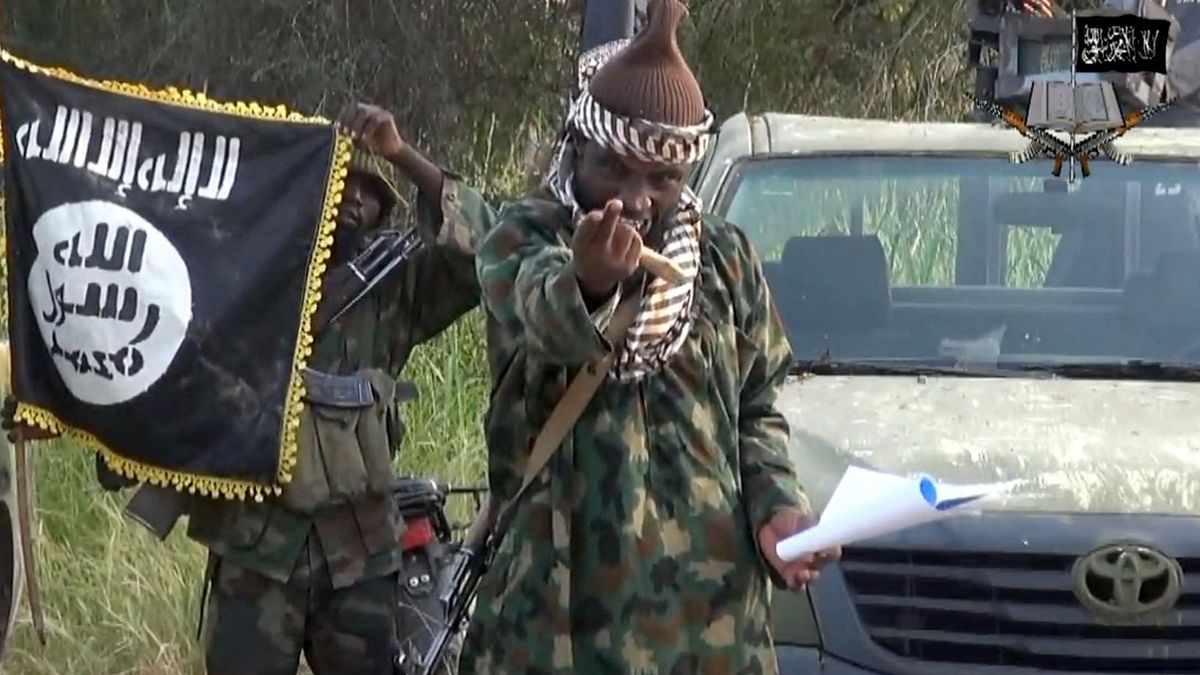 Boko Haram, an Islamist militant group, killed the partners of ISIS fighters as fighting escalated between the rivals after Ali Ngulde sent his troops to a camp to execute their wives

Thirty-three ISIS wives have been slaughtered by a terror group rival in a revenge execution.

Boko Haram, an Islamist militant group, killed the partners of Islamist State fighters as fighting escalated between the rivals.

It began earlier this week when Boko Haram leader Ali Ngulde sent his troops to a camp to execute their wives.

The group’s commander Malam Aboubakar and more than a 12 others were killed by ISWAP fighters after negotiations failed Zagazola Makama, a security analyst said.

SWAP fighters were once part the Islamist militant group but divided and became rivals by encouraging other Boko Haram members to defect and increasing support in civilian populations.

The jihadist insurgency was launched by Boko Haram in 2009 and its center is in north eastern Nigeria.

Boko Haram wants to topple the Nigerian government and replace it with an Islamic regime adhering to Sharia law.

An estimated figure says more than 40,000 people have died and around two million are displaced in the conflict, which has also affected neighbours Chad, Niger and Cameroon.

Known for its brutality, the group has have committed a string of terror attacks and massacres with attacks and kidnaps of civilians especially young women and girls.

An investigation, meanwhile, has revealed the Nigerian army has run a secret illegal abortion programm.

This has resulted in the termination of at least 10,000 pregnancies among women and girls Islamist militants kidnapped and raped.

Boko Haram and ISWAP’s rivalry has added violent complications to the war between Islamic militants and Nigerian authorities.

ISWAP is a splinter group of Boko Haram, near Lake Chad, which has created deeper connections with civilian populations to cultivate its power and influence.

Seeing ISWAP’s rise to prominence, some militants defected to join the splinter group, adding to its strength and turning it into a legitimate threat with the resources and support to challenge Boko Haram and Nigeria’s military.

The twin groups are now competing for influence in northeastern and northwestern Nigeria, but share similar goals of introducing an Islamic regime in Nigeria.

Local populations are given more mercy where business and trade can be developed and local services improved.

Boko Haram, however, continues to live up to its reputation.

And last month, jihadists killed at least 26 women after a commander accused them of being witches he claimed were responsible for the sudden death of his children.

It began on November 10 under the orders of Boko Haram commander Ali Guyile, according to those who escaped.

The Mirror reported in June how the brutal head of Boko Haram had died after blowing himself up during a chase, it has been reported.

The leader of rival Nigerian militant Islamist group Boko Haram was said to have been killed around May 18.

He detonated an explosive device after being chased by ISWAP fighters in a battle, someone purporting to be the group’s leader Abu Musab al-Barnawi said on the audio recording.

“Abubakar Shekau, God has judged him by sending him to heaven,” he could be heard saying.

One thought on “33 Brides Slaughtered in Revenge Execution”