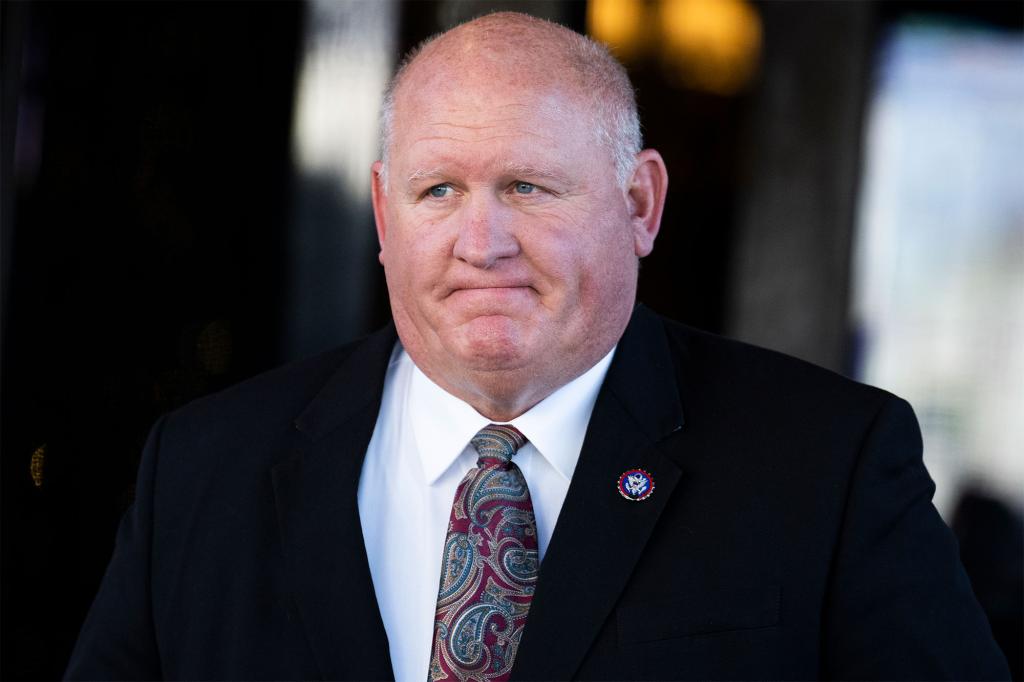 Thompson’s “no” vote on an earlier version of the bill caused an uproar in July after it came out that he attended his son’s wedding to another man within days of the vote.

Thompson told HuffPost in September that he would reconsider his position as Senate Republicans made changes to the bill, which would require the House to hold another vote.

But the changes didn’t win him over.

“Individuals have the freedom and the right to choose who to grow old with in life,” Thompson said in a prepared statement. “However, the bill lacks the appropriate constitutional protections for religious liberty enshrined in the First Amendment.”

The First Amendment says in part that “Congress shall make no law respecting an establishment of religion, or prohibiting the free exercise thereof.” Some Republicans claim that having to recognize a same-sex marriage burdens the free exercise of Christianity.

House Democrats moved the bill this fall after the Supreme Court eliminated the federal right to an abortion in its decision overturning Roe v. Wade. Like abortion, federal recognition of same-sex marriage relies on Supreme Court precedent rather than law, so Democrats wanted to make sure there was a statute in place in case the high court felt like tossing out another precedent.

The original Respect for Marriage Act said the federal government would acknowledge any marriage recognized by a state where gay marriage is legal. After it passed the House, Senate Republicans pushed for religious liberty protections, such as stating that churches or nonprofits would not lose tax-exempt status based on their views of marriage. At Republicans’ urging, the amendment version of the bill also says that the federal government won’t recognize polygamous marriages.

Twelve Senate Republicans wound up supporting the bill in a vote last week. Several House Republicans changed their votes, some in favor and some against.

Thompson has never said he opposes gay marriage. In September, he said he didn’t believe the Supreme Court would threaten gay marriage.

Thompson told HuffPost on Thursday that he gave his son a heads-up about the vote because he knew reporters would hound him. He said he also “shared with him the rationality” for his opposition but declined to say if his son agreed with his position.

“I love my son, my son loves me, and he knows that I’m a principled man,” Thompson said.

Some religious groups ― including the Church of Jesus Christ of Latter-day Saints ― have endorsed the bill. But the right-wing Heritage Foundation has claimed it “puts a giant target on the backs of people of faith who rightly believe that marriage is between one man and one woman” and that people who oppose gay marriage will get sued.

Sen. Tammy Baldwin (D-Wis.), who led negotiations with Sen. Susan Collins (R-Maine) to amend the House bill, arrived on the House side Thursday for an enrollment ceremony following the vote. She seemed surprised that Thompson hadn’t changed his mind.

“He wasn’t convinced by the changes we made?” she said.

But Baldwin, the first openly gay senator, didn’t have anything negative to say about Republicans who maintained their opposition to the bill.

“I think that the important thing is that we listened, we address concerns, we added some requested clarity, and the bill has now passed both chambers,” she told HuffPost.