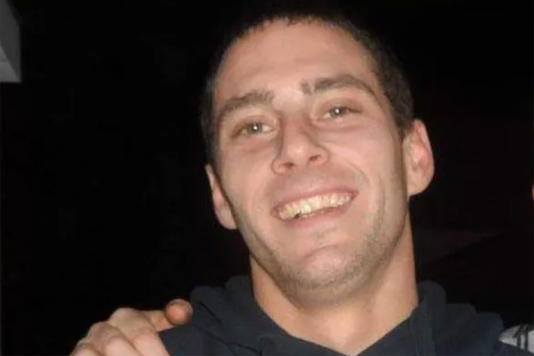 A missing Massachusetts man whose body was left in a basement freezer for more than a week has been identified by family as John Wayne Potter — and authorities believe his roommates attacked and restrained him before his death.

Michael Burke, 38, and Samantha Perry, 38, both of Lowell, have been charged with kidnapping in connection with the 37-year-old man’s death and are accused of holding him against his will inside their Coburn Street home, according to the Middlesex County District Attorney’s Office.

While not officially identified by authorities, Potter’s body was found by Lowell police officers responding to a well-being check at the house on Friday, Dec. 2.

The discovery was made just a day after local police issued a missing persons alert for Potter, who hadn’t been seen since before Thanksgiving, NBCBoston reports.

“As soon as I heard he was missing, I knew I knew something was wrong,” his stepmother, Donna Potter, told the outlet.

District Attorney Marian Ryan and Lowell Police Superintendent Barry Golner say evidence in the home suggested that the man had been restrained at some point.

In court documents obtained by Boston 25, Burke and Perry claim an unidentified third person who was holding them at gunpoint is the one who strangled Potter on Nov. 23.

The couple told investigators they “forced the man into a wooden chair and then bound him, binding his arms, body and mouth with wire, a green rope, an orange tie down strap and gray duct tape,” according to court documents obtained by WCVB.

A third person then allegedly used the rope to strangle the victim, said Burke and Perry, who then moved Potter’s body into the basement freezer, where it stayed for more than a week.

Potter’s family has launched a GoFundMe for his funeral expenses.

He was remembered in the fundraiser as an “amazing man who was full of love” and had a smile that could “light up the whole room.”

“A bright spark in this world, John touched the lives of so many and he will be missed dearly by all,” the fundraiser description reads.

Unfortunately, the Potter family is no stranger to grief, as his younger sister Tabitha, was also brutally killed, according to the GoFundMe. She was only 11 years old when her body was found raped, strangled, and partially buried in a Lowell park in 1999, according to NBCBoston.

Burke and Perry were arraigned in Lowell District Court on Monday, Dec. 5. It was unclear if they’ve entered a plea or had an attorney who can speak on their behalf.