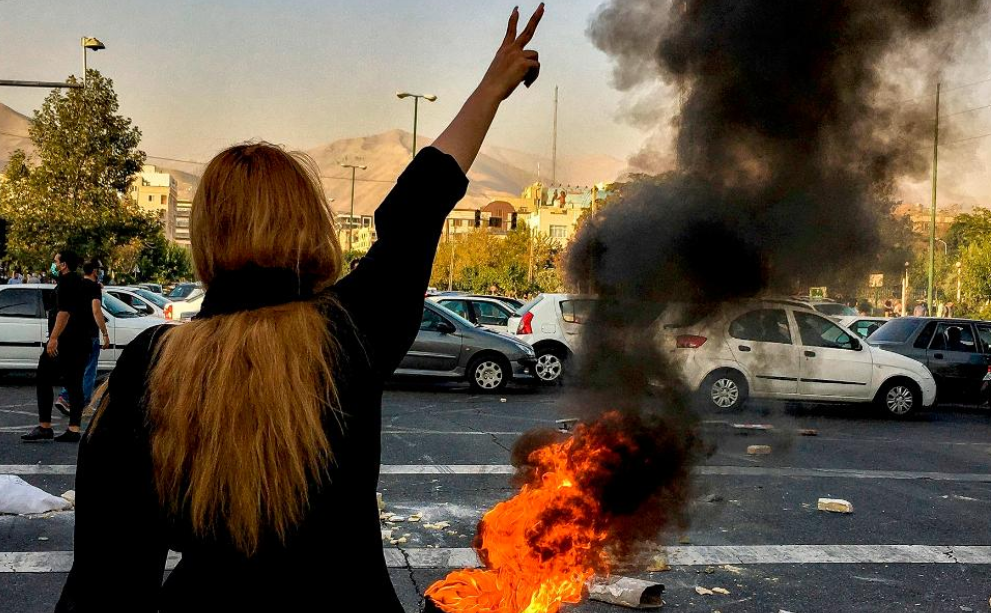 Iran has executed a man for injuring a paramilitary officer in the first known execution linked to protests that have swept the country since September, state media reported Thursday.

Mizan Online, a news agency affiliated with Iran’s judiciary, and the semi-official Tasmin news agency both named the protester as Mohsen Shekari. He was reportedly convicted of “waging war against God” for stabbing a member of the Basij paramilitary force at a protest in Tehran on September 23.

Shekari was sentenced to death on October 23, and executed by hanging on Thursday morning, according to Mizan Online. It was the first execution connected to the protests to be publicly reported by state media.

Iran Human Rights, a non-profit rights organization which has members inside and outside the country, has called for a strong international response to the execution.

“His execution must be met with the strongest possible terms and international reactions. Otherwise, we will be facing daily executions of protesters who are protesting for their fundamental human rights,” the group’s director Mahmood Amiry-Moghaddam told CNN.

Amiry-Moghaddam said that Shekari was executed without any due process or access to a lawyer of his choice in a “show trial” by the Revolutionary Court.

Several European governments strongly criticized Iran for the execution. German Foreign Minister Annalena Baerbock said in a tweet that Shekari “was tried and executed in a perfidious rushed trial for disagreeing with the regime.”

“The Iranian regime’s inhumanity knows no bounds,” she said. “But the threat of execution will not suffocate people’s desire for freedom.”

French foreign ministry spokeswoman Anne-Claire Legendre said France condemned the execution in the “strongest terms” and “reiterated its strongest commitment to the right to peaceful protest.” She said the demands by the protesters are “legitimate and must be heard.”

British Foreign Secretary James Cleverly said he was “outraged by the tragic news of the first execution of a protestor in Iran,” while the foreign ministry of the Czech Republic, which currently holds the rotating presidency of the European Union, described the news as “appalling,” and said “the Iranian regime uses outrageously disproportionate penalties to instill terror in its population.”

In a message ahead of Students’ Day on December 7 — which marks the anniversary of the murder of three university students by Iranian police under Shah Mohammad Reza Pahlavi’s regime in 1953 — the reformist former leader said the government must listen to the demonstrators before it is too late.

Other Iranian public figures have also recently called on the government to take action to listen and protect protesters.

Several Iranians have been sentenced to death by execution during the nationwide protests, which were sparked by the death of 22-year-old Mahsa Amini after she was apprehended by the state’s morality police for allegedly not wearing her hijab properly.

Her death touched a nerve in the Islamic Republic, with prominent public figures coming out in support of the movement, including top Iranian actor Taraneh Alidoosti. The protests have since coalesced around a range of grievances with the authoritarian regime.

According to Amnesty International, as of November, Iranian authorities are seeking the death penalty for at least 21 people in connection with the protests.

At least 458 people have been killed in the unrest since September, according to Norway-based Iran Human Rights on Wednesday.

CNN cannot independently verify the number of people facing executions in Iran, or the latest arrest figures or death tolls related to the protests, as precise figures are impossible for anyone outside the Iranian government to confirm.

Scenes from a protest in central Tehran on September 19.

Since the demonstrations began, authorities have unleashed a deadly crackdown, with reports of forced detentions and physical abuse being used to target the country’s Kurdish minority group.

In a recent CNN investigation, covert testimony revealed sexual violence against protesters, including boys, in Iran’s detention centers since the start of the unrest.

Meanwhile, Iran’s Supreme Leader has praised the Basij — a wing of Iran’s Revolutionary Guard — for its role in the crackdown, describing the protest movement as “rioters” and “thugs” backed by foreign forces.

In late November, the United Nations High Commissioner for Human Rights said Iran was in a “full-fledged human rights crisis,” and called for an independent investigation into violations of human rights in the country.