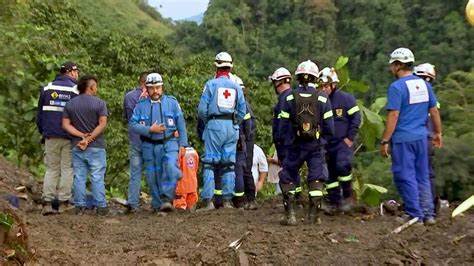 A mudslide unleashed by torrential rain buried a bus and two other vehicles in central Colombia, killing at least 27 people and leaving others trapped as rescuers tried to reach them in the wreckage on Monday.

The mudslide late Sunday divided a highway in two in the town of Pueblo Rico in the district of Risaralda.

“Solidarity with the victims’ families, they’ll have the complete support of the national government,” Petro added as he confirmed the death toll.

The public bus was carrying more than 20 people and was left buried in the wreckage of the highway. The town had been under a mudslide threat due to heavy rains caused by the La Niña weather phenomenon, according to Colombia’s national emergency management agency.