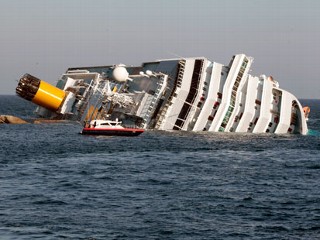 A passenger on an Antarctic cruise died and four others were injured after their Viking ship was struck by a “rogue wave,” the cruise line said.

The incident happened on Tuesday around 10:40 p.m. local time while the Viking Polaris ship was sailing toward Ushuaia, Argentina, Viking said.

A guest died following the incident, Viking said, though did not share further details on the cause of death. The victim’s family has been notified, the company said. The identity or nationality of the passenger was not released.

Four other guests sustained non-life-threatening injuries during the incident and were treated by the ship’s doctor and medical staff, Viking said.

“We are investigating the facts surrounding this incident and will offer our support to the relevant authorities,” Viking said in a statement Thursday. “Our focus remains on the safety and wellbeing of our guests and crew, and we are working directly with them to arrange return travel.”

The ship sustained “limited damage” from the rogue wave and arrived in Ushuaia on Wednesday “without further incident,” Viking said. Images taken of the docked ship showed several damaged windows.

Passengers on board the ship described choppy conditions leading up to the incident.

Californian Beverly Spiker told ABC News that a “huge smash” against the window of her and her husband’s cabin caused her window frame to break.

“Clearly something big had happened,” she said. “A lot of water came shooting in.”

“Luckily, our windows did hold,” she added, though said other rooms on their side of the ship were “washed out.”

Spiker’s cousin, Suzie Gooding, of North Carolina, told ABC News that at the time, the ship was going through the Drake Passage, “which is well-known for having turbulent seas.”

Gooding said despite the conditions outside looking “horrible,” the inside was “like a normal cruise ship” leading up to the incident. She said she felt a “sudden shudder” that caused cabinets to open.

“It was just unbelievable,” she said. “At the time that it happened, we personally wondered if, you know, we knew that we weren’t by any icebergs, but it’s like, did we hit an iceberg? It just was so sudden.”

Spiker said she and other passengers were “shook up” afterward.

“No matter what side of the boat you’re on, it was felt throughout the ship that clearly something bad had happened,” she said. “So everybody was pretty shook up.”

The ship is docked as passengers await further travel plans from Viking, according to Gooding, who said that two other ships in their bay in Ushuaia were also damaged, possibly by rogue waves.

The Viking Polaris ship’s next departure for the Antarctic, scheduled for Dec. 5, has been canceled “after careful consideration,” the cruise line said.

Rogue, or extreme storm, waves are “greater than twice the size of surrounding waves” and are “very unpredictable,” according to the National Ocean Service.

Ushuaia, at the southernmost tip of South America, is a common starting point for cruises to Antarctica.