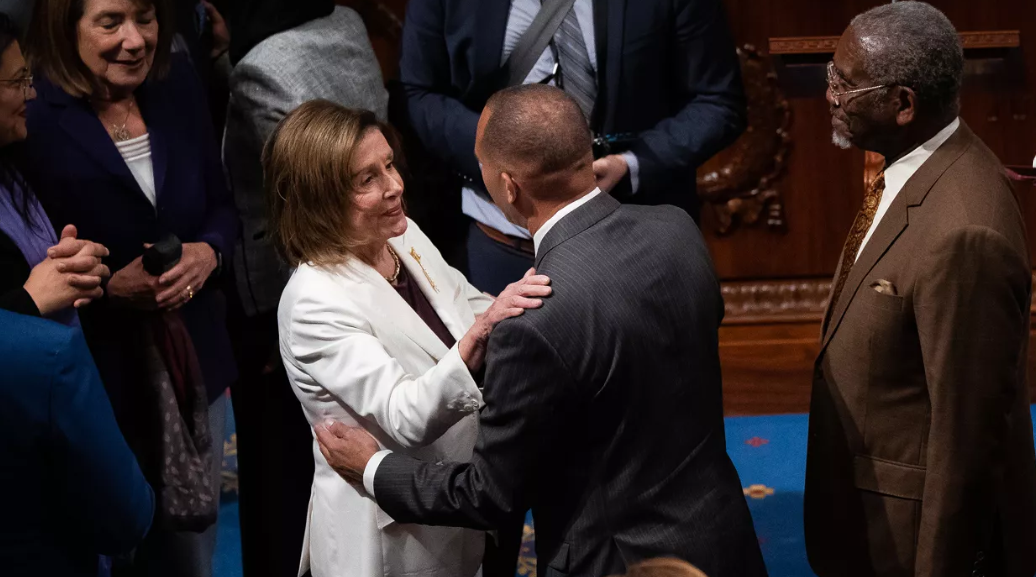 House Speaker Nancy Pelosi recently announced that she would not seek reelection as the Democratic House leader — a position she’s held for 20 years — so that fresh voices could have a turn to steer the ship.

Though Pelosi, 82, will remain in Congress representing her hometown of San Francisco, she will no longer be on the leadership team.

On Tuesday night, though, the day before House Democrats elected her successor, the House Democratic Steering and Policy Committee unanimously voted to give her a new, honorary title as a token of their appreciation for her longtime service to the party: “speaker emerita.”

“Nancy D’Alesandro Pelosi is the most consequential speaker in American history, and I am humbled by the opportunity to recognize her as speaker emerita,” said Rep. Hakeem Jeffries, the incoming party leader who proposed the title for his predecessor.

Jeffries continued: “This honorific reflects Speaker Pelosi’s lifetime of service as a legendary legislator, notorious negotiator and a fabulous facilitator. Our caucus and our country are better off for her leadership, without question, and this title is but a small token of our gratitude.”

Pelosi made history in January 2003 as the first woman chosen to lead a party in either chamber of Congress. She is also the only woman to have served as House speaker, a position she’s held two separate times during her tenure.

On Wednesday Rep. Jeffries, 52, was voted to succeed her as the top House Democrat, himself making history as the first Black party leader in either chamber of Congress.

2 thoughts on “Democrats Give Nancy Pelosi a New Title”