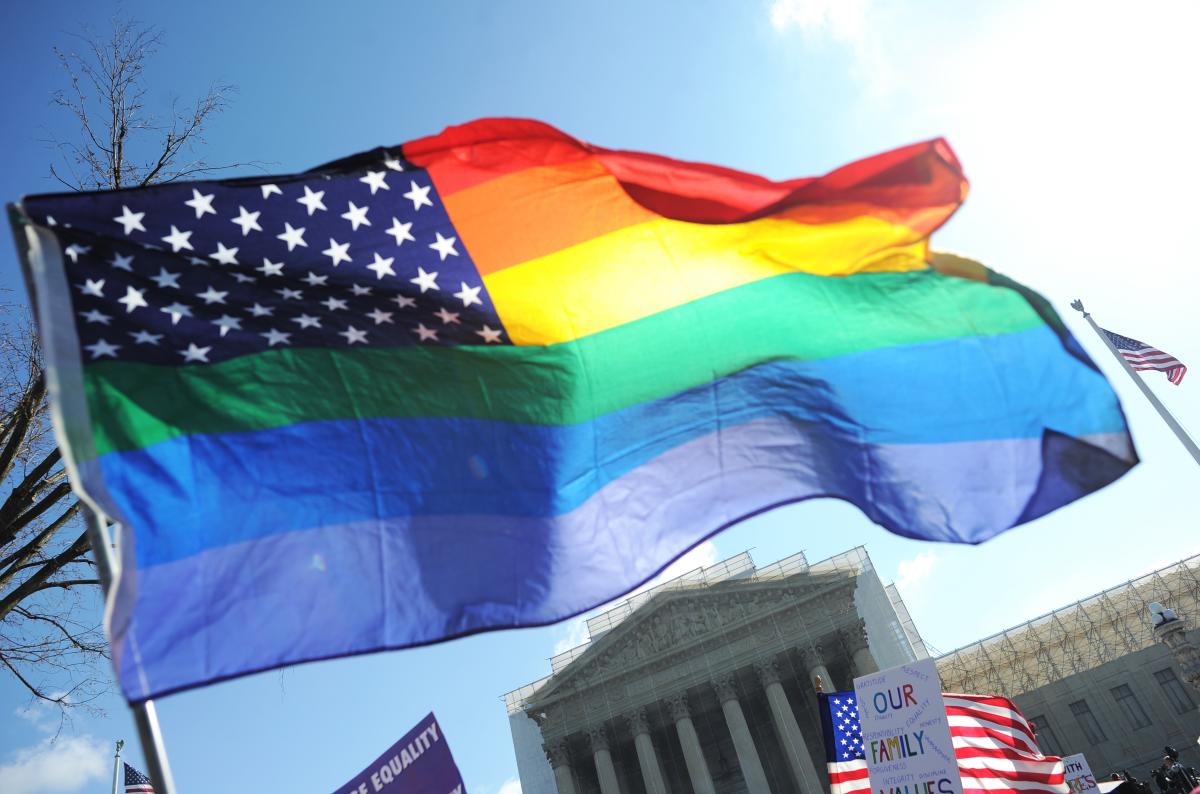 The US Senate has passed the Respect for Marriage Act, legislation to protect same-sex unions that Democrats are hurrying to get to Joe Biden to be signed into law before Republicans take over the House next year.

The House must now pass the bill, a step the majority leader, Steny Hoyer, said could come as soon as Tuesday 6 December. Nearly 50 House Republicans supported the measure earlier this year. In the Senate, support from 12 Republicans was enough to override the filibuster and advance the bill to Tuesday’s majority vote, which ended 61-36.

Although the Respect for Marriage Act would not codify Obergefell v Hodges, the 2015 supreme court decision which made same-sex marriage legal nationwide, it would require states to recognise all marriages that were legal when performed, including in other states. Interracial marriages would also be protected, with states required to recognise legal marriage regardless of “sex, race, ethnicity, or national origin”.

Same-sex marriage has been thought under threat since June, when the conservative-dominated supreme court struck down the right to abortion. Then, the hardline justice Clarence Thomas wrote that other privacy-based rights, including same-sex marriage, could be reconsidered next.

Public support for same-sex marriage is at an all-time high of around 70% but according to the Movement Advancement Project, an LGBTQ+ advocacy group, if the supreme court did overturn the right, at least 29 states would be able to enforce bans.

Before the vote on Tuesday, the US transportation secretary, Pete Buttigieg, wrote on Twitter: “Strange feeling, to see something as basic and as personal as the durability of your marriage come up for debate on the Senate floor.

“But I am hopeful that they will act to protect millions of families, including ours, and appreciate all that has gone into preparing this important legislation to move forward.”

After the vote, Sheldon Whitehouse, a Democratic senator from Rhode Island, said the Respect for Marriage Act would “place the right to marry out of this activist supreme court’s reach. We affirm what the American people already understand: every person deserves the freedom to marry the one they love.”

James Esseks, director of the LGBTQ & HIV Rights Project at the American Civil Liberties Union, pointed to the need for more work.

In a statement, he said: “For the last seven years, LGBTQ+ families across the country have been able to build their lives around their right to marriage equality. The Respect for Marriage Act will go a long way to ensure an increasingly radical supreme court does not threaten this right, but LGBTQ+ rights are already under attack nationwide.

“Transgender people especially have had their safety, dignity, and healthcare threatened by lawmakers across the country, including by members of this Congress. While we welcome the historic vote on this measure, members of Congress must also fight like trans lives depend on their efforts because trans lives do.”

In his opinion in the abortion case, Thomas did not mention interracial marriage. The justice, who is Black, is married to the conservative activist Ginni Thomas, who is white.

The Republican leader in the Senate, Mitch McConnell, is white. His wife, the former transportation secretary Elaine Chao, is Asian American. McConnell has voted against the Respect for Marriage act.

On Tuesday, Biden, who as vice-president famously came out in support of same-sex marriage before his boss, Barack Obama, said: “For millions of Americans, this legislation will safeguard the rights and protections to which LGBTQ+ and interracial couples and their children are entitled.

“It will also ensure that, for generations to follow, LGBTQ+ youth will grow up knowing that they too can lead full, happy lives and build families of their own.”

Biden thanked senators for their “bipartisan achievement” and said he “look[ed] forward to welcoming them at the White House after the House passes this legislation and sends it to my desk, where I will promptly and proudly sign it into law”.

On Monday, before a test vote, the Democratic Senate leader, Chuck Schumer of New York, also praised Republicans who backed the measure, saying: “A decade ago, it would have strained all of our imaginations to envision both sides talking about protecting the rights of same-sex married couples.”

Republicans argued for amendments they say won the support of religious groups that nonetheless oppose same-sex marriage, among them the Church of Jesus Christ of Latter-day Saints.

“They see this as a step forward for religious freedom,” Thom Tillis of South Carolina told the Associated Press.

Tammy Baldwin of Wisconsin, a Democrat and the first openly gay senator, told the AP the way some Republicans came round on the issue reminded her “of the arc of the LBGTQ+ movement to begin with, in the early days when people weren’t out and people knew gay people by myths and stereotypes”.

With growing acceptance of LGBTQ+ rights, Baldwin said, “slowly laws have followed. It is history.”