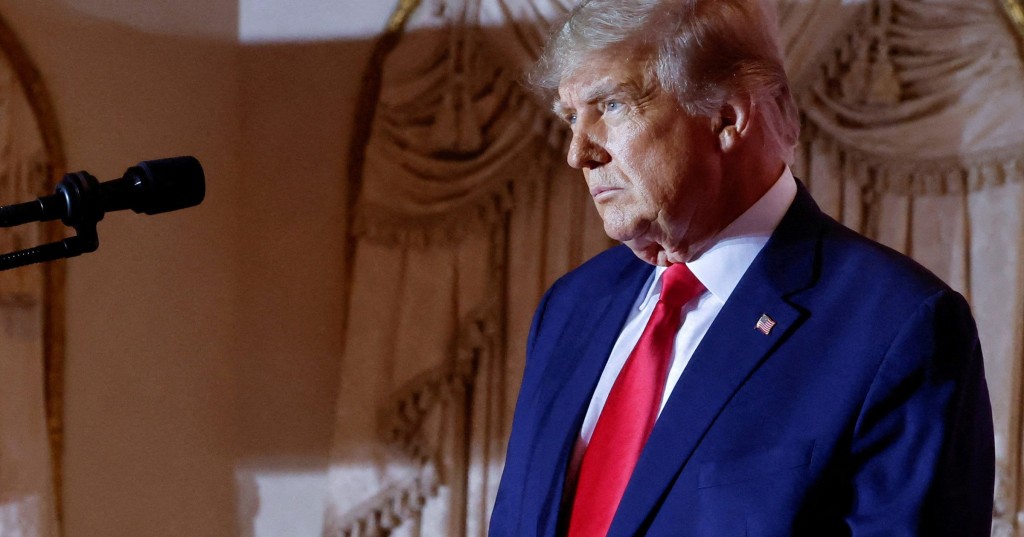 The Supreme Court has rejected former President Donald Trump’s request to block his tax records from being turned over to a House Democrats.

Tuesday’s ruling by the high court paves the way for the Treasury Department to hand over six years of Trump’s tax returns to the Democratic-led House Ways and Means Committee.

House Democrats have sought Trump’s tax records since 2019. Trump is the only recent president who has refused to release his returns during his 2016 presidential campaign and four years in the Oval Office.

The Supreme Court’s order did not include any dissenting votes, meaning that the committee can try to obtain Trump’s records before Republicans assume control of the House in January. Republicans, who earned a majority in the lower chamber in the midterm elections, are expected to withdraw the request when they take over.

Committee members have not said how quickly they plan to pursue Trump’s tax documents.

Trump’s lawyers had asked justices to extend a stay by a lower court while they appealed to the Supreme Court. But a chief lawyer for the House, Douglas Letter, said justices should not intervene because it ‘would leave the committee and Congress as a whole little or no time to complete their legislative work’.

Chief Justice John Roberts on November 1 delayed the handover of the tax returns until the nine justices came to a decision.

The Supreme Court’s ruling came a week after Trump announced his 2024 presidential campaign. It is the second time in two months that the high court has ruled against Trump. In mid-October, the court declined to intervene in the legal battle over documents the FBI seized from Trump’s Mar-a-Lago home.

Trump’s team and the House committee did not immediately comment on the court ruling.

Under federal law, tax returns are confidential, but one of the exceptions allows the committee’s chairman to request access. Trump broke with the modern precedent of presidents and presidential candidates of making their returns public.