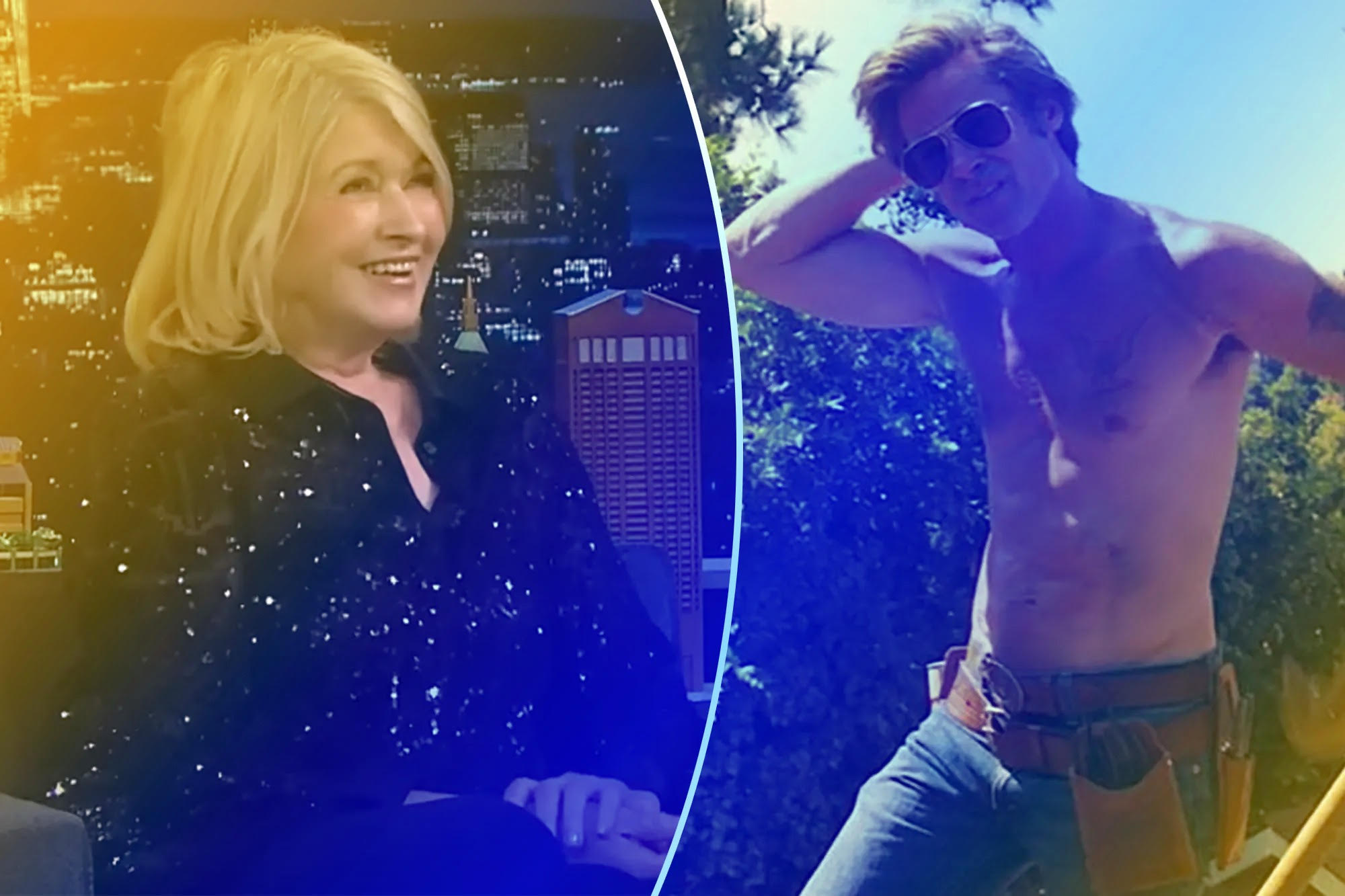 Martha Stewart has her eyes on a younger man, but it’s not who you might think it is.

The lifestyle guru has spoken on several occasions about her admiration for Pete Davidson, 29. But it turns out the 81-year-old also has a bit of a crush on Brad Pitt, 58.

Stewart, who TODAY recently declared the queen of Thanksgiving, told “The Tonight Show” host Jimmy Fallon on Nov. 17 she is fond of the handsome movie star.

The conversation started with Fallon asking Stewart if she ever gets starstruck meeting any celebrities. Stewart’s response was pretty amusing.

“I’ve been sort of fascinated with this very handsome young boy on Instagram. He’s called Brad Pitt,” she said, adding that she looks at fan club photos of the actor on Instagram. “And I just sort of melt when I look at those pictures. I mean, he is so cute.”

“Oh, I mean, check it out,” she encouraged the talk show host.

Fallon then asked Stewart to clarify if she follows Pitt himself on social media or fan pages of the star.

“They’re fan pages, I guess. I don’t know. But whatever it is, he looks better and better as the years go by,” Stewart replied.

“I love that you love Brad Pitt,” Fallon said.

Fans might be surprised to hear that the domestic diva didn’t mention Davidson. In May, Stewart posted a throwback video of the comedian on her Instagram page, revealing that she’d first met him seven years ago. Around that time, she also posted a photo of herself with Davidson and his then-girlfriend Kim Kardashian.

Stewart commented on the couple’s romance during an interview with TODAY on May 2.

“He’s an adorable guy. He’s funny and nice and pleasant. And Kim looks gorgeous, as usual. Very jealous of her, of course,” she said at the time.

When asked why Davidson has attracted so many gorgeous women, Stewart gave a very honest assessment.

“He’s just a skinny, kind of homely, really nice guy,” she said. “He was cuter when he had longer, curly hair. If you look at my Instagram, you see a little skit he did for me when we were doing the roast, but he’s charming and he’s nice and I don’t think he’s a big deal problem. He’s just a lovely guy.”

In October, Stewart appeared on “The Drew Barrymore Show,” and Barrymore was curious to hear if she’d ever date Davidson.

Stewart acknowledged that the comedian is “sort of cute” and shared the following sentiment: “Oh, he is a good guy. He’s a very good guy.”

Alas, she also said Davidson is like her “lost son,” so it doesn’t seem terribly likely that romantic sparks will fly.