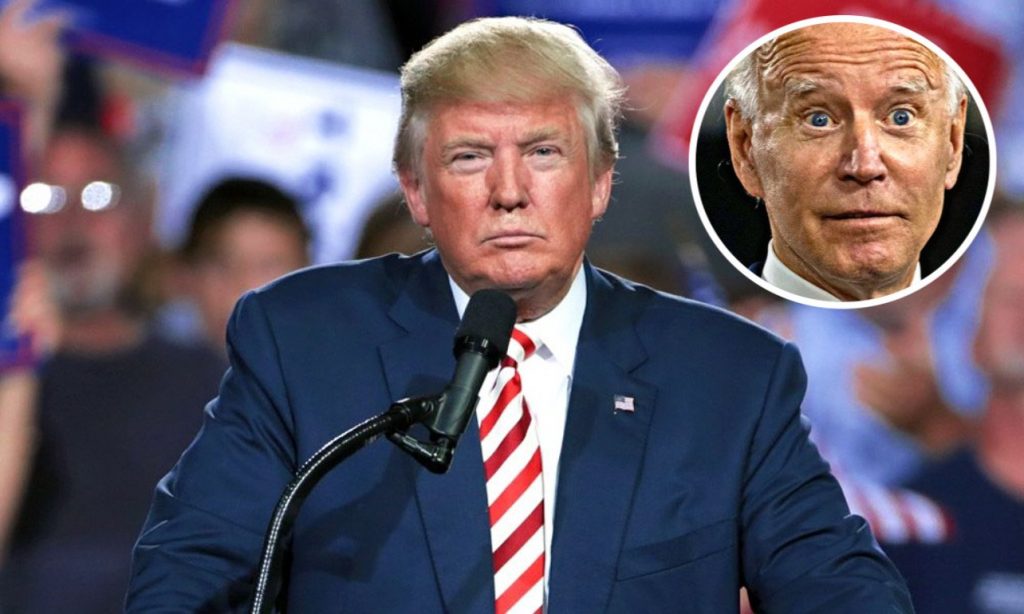 The White House is leaning toward releasing information to Congress about what Donald Trump and his aides were doing during the Jan. 6 attack on the U.S. Capitol despite the former president’s objections — a decision that could have significant political and legal ramifications.

Trump has said he will cite “executive privilege” to block information requests from the House select committee investigating the events of that day, banking on a legal theory that has successfully allowed presidents and their aides to avoid or delay congressional scrutiny for decades, including during the Trump administration.

But President Biden’s White House plans to err on the side of disclosure given the gravity of the events of Jan. 6, according to two people familiar with discussions who, like others, spoke on the condition of anonymity to describe the private discussions.

In response to questions about White House deliberations over what information to release, Biden spokesman Michael J. Gwin said the president views the attack on the Capitol as “a dark stain on our country’s history” and is “deeply committed to ensuring that something like that can never happen again, and he supports a thorough investigation.”

Members of the investigative committee argue that Trump no longer enjoys the protection of executive privilege, encouraging the White House to push aside institutional concerns about sharing information with Congress and aid the panel in an investigation focused on what Democrats and a handful of Republicans have called an assault on democracy.

What Trump was doing while the attack was occurring and who he was speaking with are among the big, unanswered questions concerning the assault on the Capitol.

The debate over the veracity of his executive privilege claims comes as the committee is moving into a new, more aggressive phase of its investigation. Having requested material from telecom, social media companies and the White House — and receiving some response — it is now looking at how best to compel testimony and documents from those reluctant to participate.

Committee Chairman Bennie G. Thompson (D-Miss.) said this week that his panel will soon issue subpoenas to witnesses and organizations, adding that the committee has started scheduling closed door testimony with cooperative witnesses. A preliminary list of subpoenas is expected to be released by the committee as soon as Thursday and may include prominent Trump allies and White House officials.

Trump has derided the committee’s work as partisan and is promising to fight its effort to collect information and testimony related to the attack.

“The highly partisan, Communist-style ‘select committee’ has put forth an outrageously broad records request that lacks both legal precedent and legislative merit,” Trump spokesman Taylor Budowich said in a statement. “Executive privilege will be defended, not just on behalf of President Trump and his administration, but also on behalf of the Office of the President of the United States and the future of our nation.”

In response to the House panel’s request, the National Archives has already identified hundreds of pages of documents from the Trump White House relevant to its inquiry. As required by statute, the material is being turned over to the Biden White House and to Trump’s lawyers for review.

The committee’s Aug. 25 letter to the National Archives was both sweeping and detailed, asking for “all documents and communications within the White House on January 6, 2021, relating in any way” to the events of that day. They include examining whether the White House or Trump allies worked to delay or halt the counting of electoral votes and whether there was discussion of impeding the peaceful transfer of power.

The letter asked for call logs, schedules and meetings for a large group, including Trump’s adult children, son-in-law and senior adviser Jared Kushner and first lady Melania Trump as well as a host of aides and advisers, such as his attorney Rudolph W. Giuliani.

The committee has focused, in part, on seeking information about whether the Trump White House and members of Congress played any role in encouraging the demonstrations, which interrupted the constitutionally mandated certification of electoral votes and unleashed a series of violent confrontations with the U.S. Capitol Police.

So far, more than 650 people have been charged with crimes in connection with the violent demonstrations that delayed that vote. Many were charged with obstructing a federal procedure and for knowingly entering or remaining in a restricted building. Documents and testimony could show whether White House officials and members of Congress encouraged or supported those actions, congressional staffers said.

White House documents requested by the panel are identified by National Archives personnel and then sent to Biden and Trump lawyers. The first tranche was sent out Aug. 31, according to a person familiar with the transfer.

Trump has 30 days following the delivery of the documents to decide whether to object to their release, according to the statute. Even if he opposes turning them over, the Biden White House has decision-making authority and can release them, over Trump’s objections, after an additional 60 days has elapsed. Trump’s remaining option would be to go to court to try to halt the release, legal advisers said.

While Trump has struck a defiant tone, his options may be limited if Biden decides to handover the information the former president says should be protected, according to several legal experts — including those who have reviewed similar requests in the past.

“The law we have is not favorable to the former president,” said Bob Bauer, who served as White House counsel under President Barack Obama. “A former president has a chance to review the materials, to raise issues of privilege and if the former and the current presidents cannot reach some agreement, to take the dispute to the courts.”

Bauer added that while an inquiry into a former president is unique, legal precedents suggest disclosure of the information Congress is seeking.

“The circumstances here — the former president acting at the time in his capacity as a candidate seeking to challenge his defeat at the polls — make this uphill battle much, much tougher,” he said.

Norm Eisen, a former Obama appointee, who advised the first House impeachment inquiry of Trump, said the former president’s power to assert executive privilege has weakened since he left the White House.

“The executive privilege stonewalling that Trump used while he was in office won’t work anymore,” Eisen said, noting that the current president — not the former — has the real decision-making power.

A former federal judge who worked on executive privilege issues in the Ronald Reagan White House and the George H.W. Bush Justice Department pointed out that privilege requests do not typically attempt to shield information about potential wrongdoing.

“With a few notable exceptions, the historical practice has been for Presidents to avoid asserting Executive Privilege to protect from disclosure information that suggests wrongdoing or potential wrongdoing by a President and/or his advisers,” J. Michael Luttig, a former U.S. federal judge, said in an email.

Several cases involving requests for tapes and other records from the Richard Nixon White House provide precedent for release of presidential records when requested by Congress or government agencies.

Legal experts also pointed to recent private talks involving Trump officials and Congress that could provide a path to a resolution that does not involve going to court. They cite the negotiations that occurred between lawyers for Trump, the Justice Department and the Senate Judiciary Committee investigating claims that a Trump Justice Department official, Jeffrey Clark, had sought to deploy department resources after the election to back Trump’s claims of massive voting fraud.

In the end, the Biden Justice Department waived executive privilege, and two of Trump’s top former Justice Department officials, Jeffrey Rosen and Richard Donoghue, sat for interviews with the Senate Judiciary Committee, providing detailed accounts of what happened during the post-election period.

The decisions Biden and Trump make about the current records and interview requests will be momentous, said Jonathan Turley, a professor at George Washington University who has written about the protection of White House documents and previously argued that Democrats’ impeachment efforts against Trump were a misguided use of congressional power.