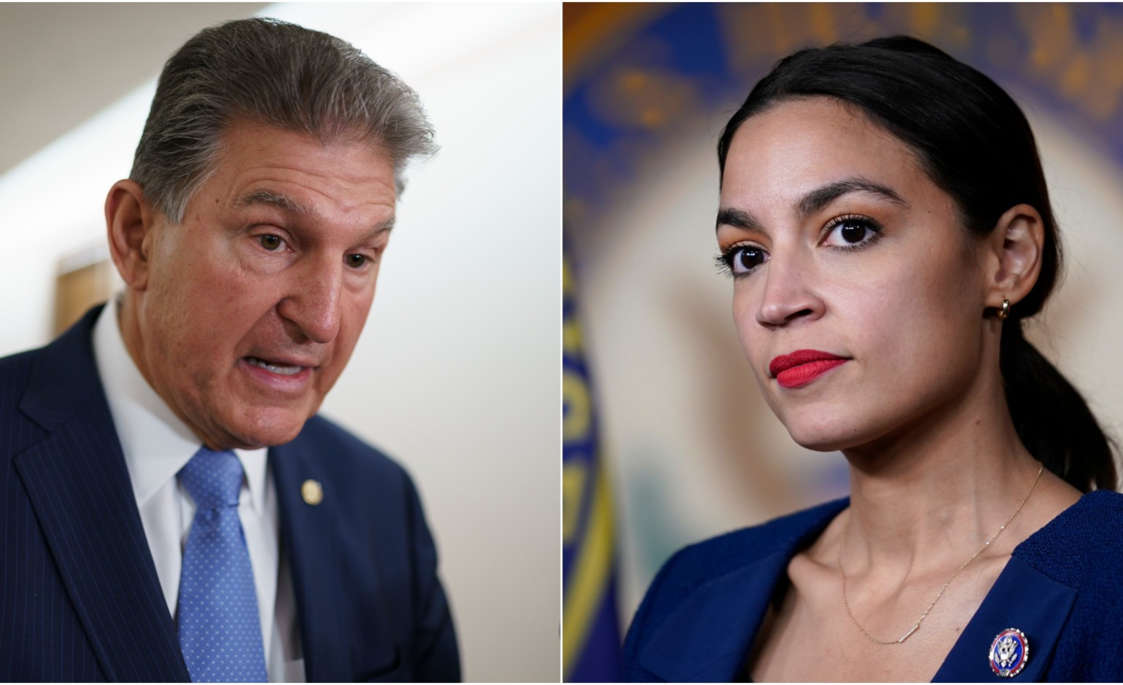 West Virginia Sen. Joe Manchin has no desire to pass, let alone even vote on, President Joe Biden’s $3.5 trillion spending bill. He does, however, very much want Biden to sign the bipartisan infrastructure bill the Senate passed last month

Only one of these Democrats will get what he or she wants — unless Ocasio-Cortez decides to blow up the whole thing and then Biden gets nothing. We’ll find out who wins next week.

Democratic House centrists secured a promise from Speaker Nancy Pelosi last month that Pelosi will hold a vote on the bipartisan infrastructure bill in the House on Sept. 27. If it passes, it can go to Biden’s desk, where he will sign it and it will become law.

But at that point, progressives like Ocasio-Cortez believe centrists in both the House and Senate will stop working on Biden’s $3.5 trillion infrastructure bill. And they are right. Manchin has called for a pause on the reconciliation process, possibly putting it off until 2022.

To be clear, this is not happening. Neither the House nor the Senate is on target to pass reconciliation bills this week. Ocasio-Cortez is going to have to vote against the bipartisan infrastructure bill.

And what happens if the infrastructure bill fails? Well, then the entire Biden agenda is set to fall apart. “If they delay the vote or it goes down, then I think you can kiss reconciliation goodbye,” Oregon Democrat Rep. Kurt Schrader told Politico. “Reconciliation would be dead.”