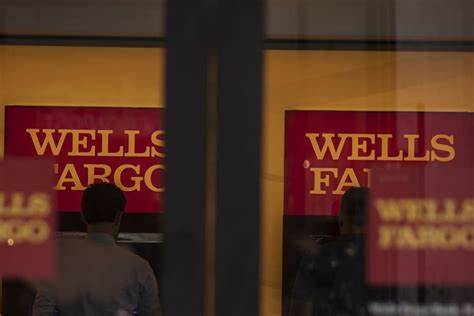 A Wells Fargo bank manager in California was reportedly beaten after his workday ended by a client who refused to wear a face mask as he entered the bank.

The Grover Beach bank manager was attacked by the client in the bank’s parking lot on September 3 and was called a racist slur, the San Louis Obispo Tribune reported.

The suspected assailant reportedly came into the bank lobby without a face mask and left shortly after having a dispute with the manager, but returned later and attacked the bank manager.

“The guy went home, he plotted, he laid in wait, he ambushed me. And he called me a ‘sp–,'” said the Hispanic manager, who is identified as ‘A.’ for safety concerns, according to the news outlet. “I’m thinking, ‘Gosh, you know, he completely escalated on his own. He didn’t like the idea of having to wear a mask.'”

A. said he greeted the client and offered him an extra face mask to wear in the lobby for protection against COVID. But the man, who reportedly is in his mid-40s, refused and became hostile.

The suspect reportedly began going through the cabinets and drawers at the bank, which prompted A. to warn him that he would call the police. He then responded by telling A. “Well, you f—— sp–. Come outside.”

The bank manager responded back, saying, “I better not catch you outside. Sort of famous last words.”

The man left the bank afterward but returned to the Wells Fargo parking lot and attacked A., who had finished work at the time and was trying to get into his car.

According to the Tribune, A. said that the suspect grabbed him by the back and pushed him toward a small wall and began “wailing” on him.

“I’m starting to gather myself a bit, and I realize I’m under attack,” A. said recalling the incident.

Both men fought each other and A. tried to choke the suspect at one point. Meanwhile, a coworker who was leaving the bank at the same time called the police.

When the suspect tried to escape, A. said he ran after him to chase him down but at some point, the suspect ran away and disappeared as police were approaching the scene.

A. suffered a concussion and lacerations to the head, hand, and face, according to his wife.

He said that he told the police at the scene details about the incident and was told that they will contact him after the weekend, but he didn’t hear anything back as of Wednesday, according to the Tribune.

A report was filed to the Grover Beach Police regarding a battery and hate crime that occurred in the Wells Fargo parking lot. It’s unclear if A. filed the report himself or if someone filed it on his behalf.

Police confirmed that they’re investigating the incident but didn’t reveal any further details including the suspect’s name and victim information.

“If necessary, we may post an image on social media of the suspect if we are not able to positively identify them in the near future,” Grover Beach Police Chief John Peters told the Tribune.

Disputes have unfolded over mask mandates amid the surge in COVID cases. Last month, a man was caught on video urinating in front of workers at Dairy Queen in Canada after he was asked to wear a face mask.

Original Article: Bank Manager Beaten After Work by Client Angry About Request to Wear Mask: ‘He Laid in Wait’ (msn.com)

4 thoughts on “Bank Manager Beaten After Work by Client Angry About Request to Wear Mask: ‘He Laid in Wait’”