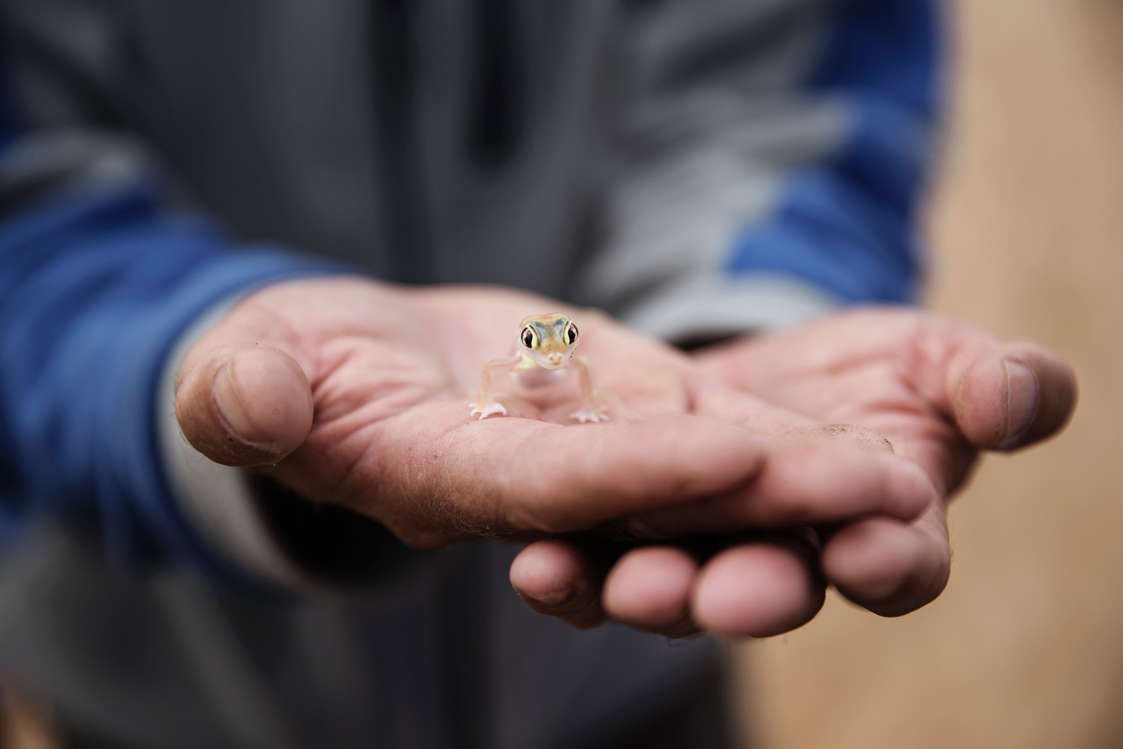 In a bizarre incident, a tiny lizard managed to make the 4,000-mile trek from Barbados to Yorkshire, England—all while stored away in a woman’s bra.

Lisa Russell, 47, discovered the gecko only after returning to her home near Rotherham, South Yorkshire, reported BBC News. She spotted the lizard, which she has since named Barbie, upon opening her suitcase and inspecting her belongings. However, it took her a moment to realize what she had found: she told the news outlet that she, at first, had mistaken the female lizard resting in her bra for a speck.

Geckos make up a broad category of lizards—there are actually approximately 1,500 individual gecko species, said Live Science. Depending on the species, geckos can vary in size dramatically, from 0.6 inches in length to around 14 to 17 inches.

They are adaptable creatures that can be found on every continent but Antarctica and across a wide range of habitats, from rainforests to deserts.

As Russell told BBC News, she was shocked when she first saw the gecko hiding in her lingerie. “When it moved, I started screaming. It is not what you expect to find in your bra after a 4,000-mile journey,” she said.

Remarkably, the reptile hadn’t been hurt, despite Russell having sat on the suitcase in order to zip it shut. It was then confined to the cramped interior of Russell’s suitcase for a full 24 hours. “The tiny lizard was lucky as the bra was on top of my suitcase on my clean pile. As it was so hot out there, I didn’t bother wearing one,” explained Russell.

Images of the gecko, including one of her next to a car key, suggest that the reptile is merely centimeters in length.

After Russell found Barbie, she promptly called an inspector from the Royal Society for the Prevention of Cruelty to Animals (RSPCA), a U.K.-based animal welfare organization.

The lizard, who appeared unharmed by its treacherous journey, was then taken to a reptile specialist.

As RSPCA representative Sandra Dransfield told UPI: “Lisa was quite relaxed about the whole thing and thought it was funny that the gecko had safely made the transatlantic crossing in her bra—unlike a lot of women the lizard must have found it comfy.”

She added: “The gecko has traveled more than 4,000 miles and appears unscathed by her adventure and unlike most holidaymakers did not need to have COVID tests.”