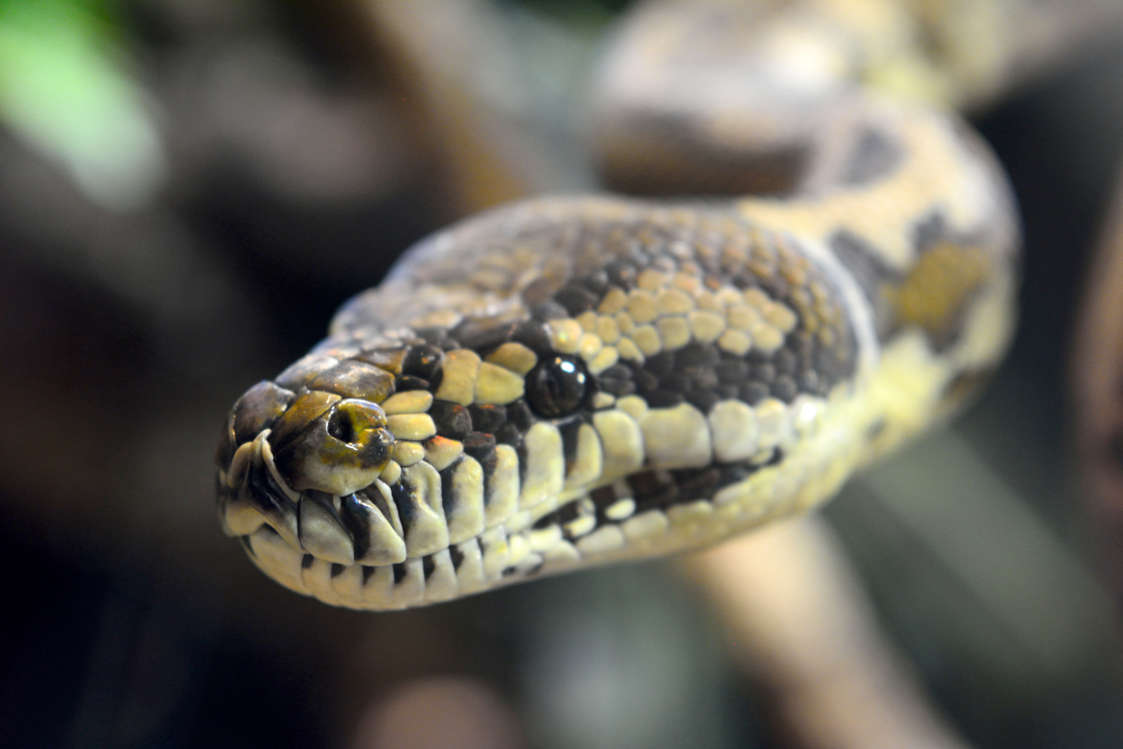 Snake handlers shot a terrifying video of two massive male carpet pythons wrestling when they were called out to a client’s home in Brisbane, Australia, at 8:30 am on Tuesday.

The snakes were discovered when two contractors removed a ceiling cover leading to a loft space only to glimpse the swaying head of a snake.

Replacing the cover the contractors informed homeowners who called the environmental conservation team that specializes in safe snake and wildlife removal.

Fortunately, the Snake Out Brisbane team—including the owner, zoologist Janne Torkkola—discovered that the two snakes were more interested in attacking each other than any humans in the vicinity.

“When we arrived we found not one but two snakes on the floor, having fallen through the open manhole,” Torkkola told Newsweek. “These two are males, and being Spring they regularly engage in ritual combat, the stronger driving off the loser to secure mating rights on local females.”

The Snake Out Brisbane crew were able to gently coax both snakes into a hoop bag, which Torkkola describes as a snake bag secured to a long pole, but not before capturing some intimidating footage.

In the video, now posted to the team’s Facebook page, a member of Snake Out Brisbane explains that during the tussle one snake raises up and tries to push the other’s head down. They say that this is to demonstrate which of the competing males is “biggest and toughest.”

He says that as the two pythons are evenly sized, the battle could have stretched on for some time, but neither snake was likely to do much harm to the other. After breaking up the squabble, the team relocated the snakes to a nearby habitat.

“While they may look scary, these are non-venomous carpet pythons. Furthermore, being quite delicate animals, snakes don’t want to bite people, and will only do so if given no other option for escape,” Torkkola said. “If someone sees a snake, the first step is don’t panic, and remember that snakes gain nothing from harming people.

“They would rather just go their own way. If the snake is outside and non-venomous, and there are no pets at risk, they can be left to move on by themselves.”

Tokkola said that if you spot a snake in the wild or in your home and are unsure if it is a risk, watch it from a safe distance of at least 5 to 10 meters (16 to 32 ft), taking a picture if possible. Then call local snake handlers.

“Snakes very rarely harm people in Australia, and here in Queensland provide important rodent predation,” the zoologist said. “We are Australia’s top state for rodent disease like Leptospirosis, so we need all the predators we can get!”