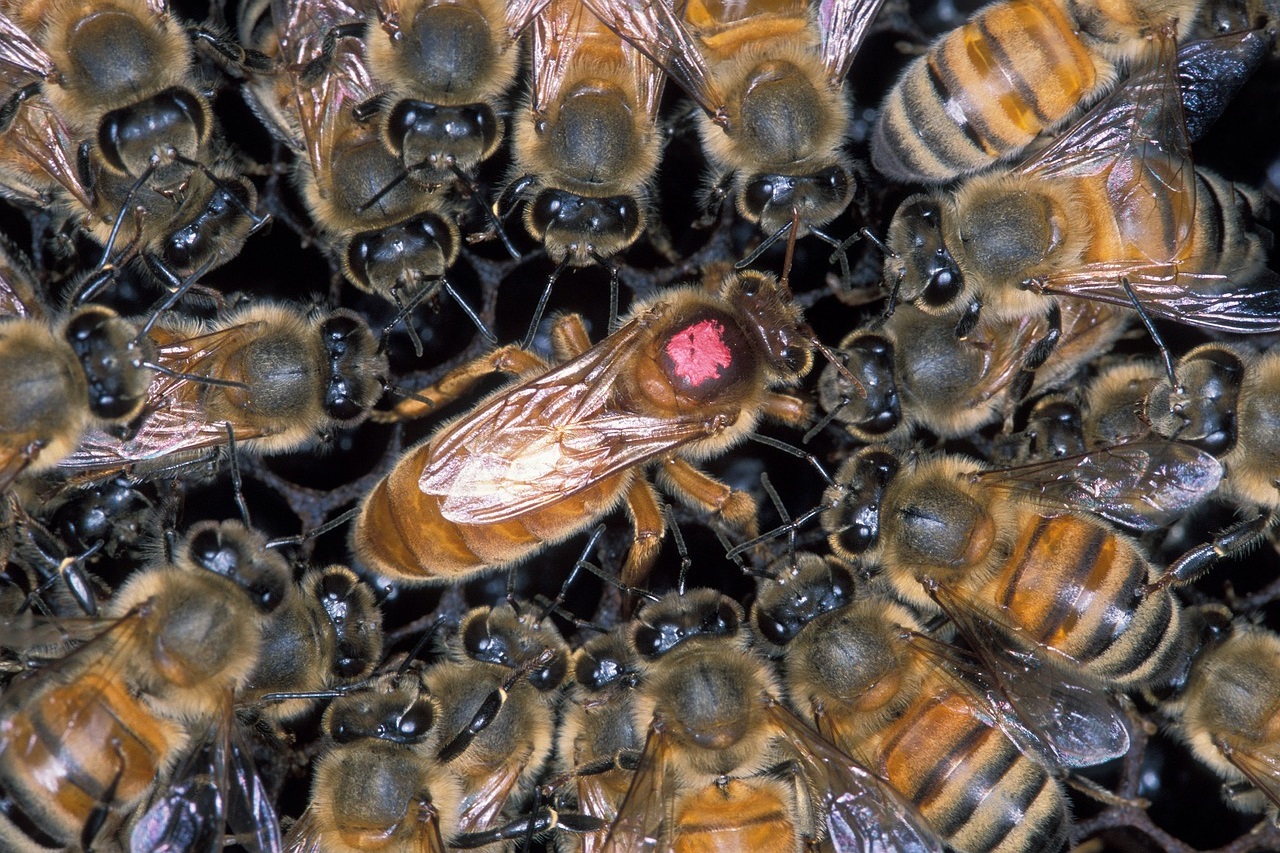 A former Los Angeles police officer was swarmed by 5,000 angry bees in his backyard on Saturday, in an attack that killed two of his dogs and left him with more than 40 stings.

Bob Ramos of Diamond Bar, California, told local news outlet KTLA that the bees were in “attack mode,” and aggressively swarmed him and three of his dogs. Ramos said the terrifying incident occurred in his backyard and left him scrambling to protect both himself and his family pets.

“They were in an attack mode of anything that was getting in their way. There was just constant buzzing, and I had a towel on my head but the bees got under me and stung my ears and face,” Ramos told the news outlet.

Ramos said that his daughter’s two small dogs were in the yard when the bees started attacking, and he tried to do everything he could to rescue them while avoiding the stings himself.

But after being swarmed, Ramos called the fire department for help, who warned him that going outside would cause him to be attacked further.

“This was probably one of the scariest situations that I had, because there was nothing I could do…but I had to rescue my dogs.”

Ramos said the two dogs became so frightened that they tore through a screen door in the house to try to get away from the bees. However, the animals were stung so much that they were unable to survive the attack.

Ramos said he was stung more than 40 times and went into anaphylactic shock, but that he and Rolo, his chocolate Labrador, both survived.

“I keep trying to convince myself that I did … I did everything I could do,” Ramos said of the two smaller dogs, while breaking down in tears.

Doctors told KTLA that while Ramos’ instinct to protect his dogs is common, people who find themselves in a bee attack should do everything they can to get away from the stinging insects.

“Do not swat, that really just aggravates the bees. The obvious thing is to run, to run as quickly as possible,” Dr. Victor Waters of the Dignity Health hospital told the news outlet.

Waters also recommends that people “hold their breath” during a bee attack, as bees can smell the breath of both animals and people.

Bee attacks are somewhat common across the U.S., and are statistically more dangerous than attacks from massive predators such as tigers and sharks, according to data published by the U.S. Centers for Disease Control and Prevention (CDC) two years ago.

Between 2000 and 2017, abouy 1,109 people in the U.S. died as a result of bee, wasp, or hornet stings for an average of 62 fatalities annually. For comparison, 10 people worldwide died as a result of shark bites in 2020, according to the Florida Museum.

Earlier this month, a 73-year-old man in Texas died after he was stung over 300 times by a swarm of bees while he was outside mowing the lawn.