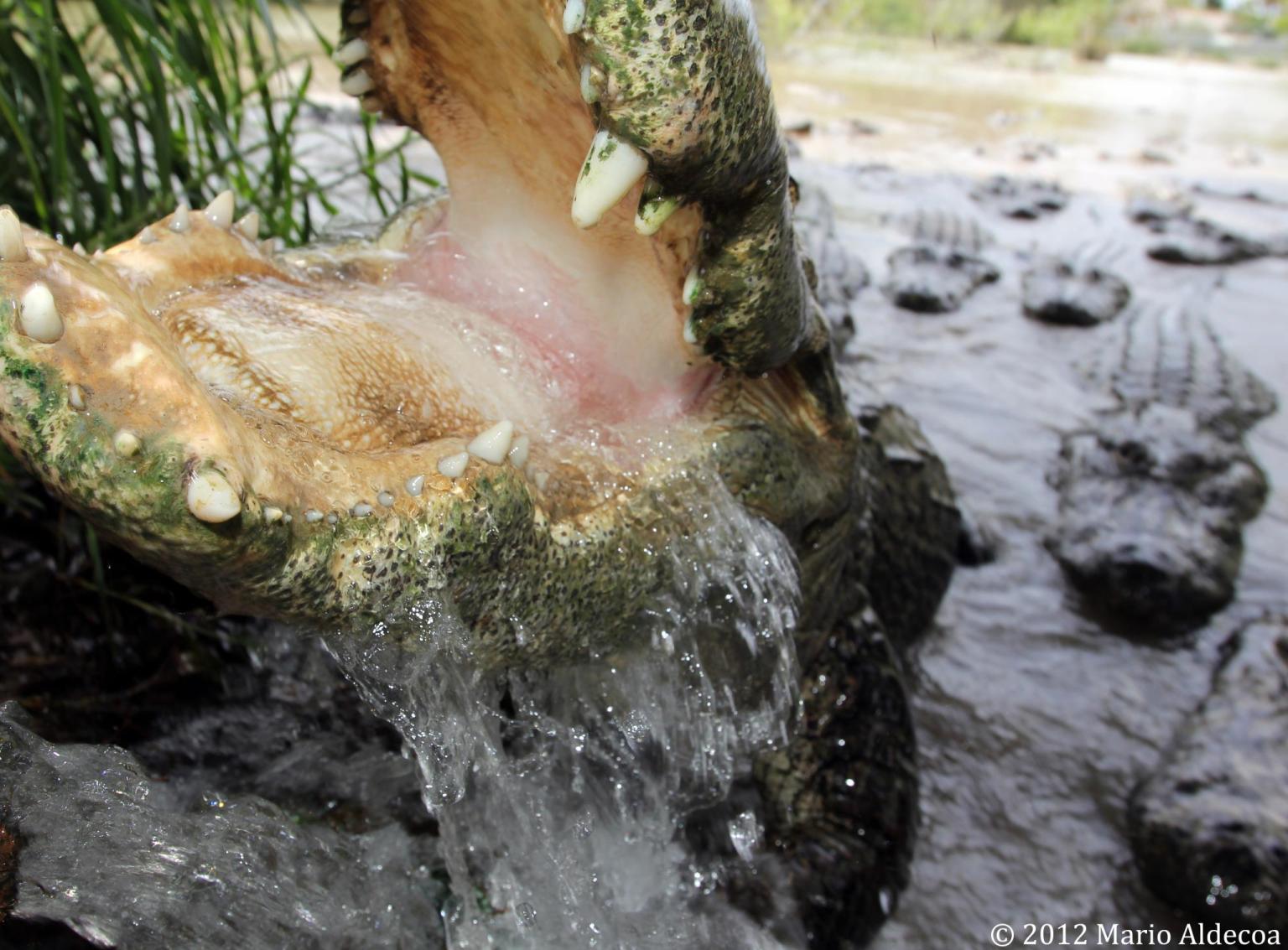 Kiana Hummel, 18, was in Puerto Vallarta with a friend earlier this month, celebrating their last summer before going to college. She told ABC7 News that they went out for a late-night swim at the Marriott resort where they were staying.

Just before midnight, and before the girls were even in the water, the crocodile came up from the ocean, grabbed her right leg, and dragged her underwater.

Some bystanders on the beach heard Hummel scream and ran to help, as Hummel said she repeatedly hit the crocodile as hard as possible until it finally let go. According to ABC7, she had almost made it out of the water when it grabbed her left leg and pulled her back again.

Hummel recalled, “I just remember saying, please don’t leave me. And I didn’t think I was getting out that second time. That was just really bad.”

The bystanders, including Sarah Laney of St. Louis, were able to get the crocodile to let go of Hummel’s leg as they pulled her back to shore.

Hummel’s mother, Ariana Martinez, was on the scene via Facetime and said she got on the next flight to Mexico from their home in San Francisco.

“It was most definitely one of the craziest, scariest things I’ve ever experienced,” Laney told ABC7 News. “Honestly, I will never forget it when the crocodile’s head came above water. I just went into shock.”

According to Laney, it took 45 minutes for an ambulance to arrive, and the hospital demanded thousands of dollars from Martinez before they would provide any treatment.

Hummel had muscle and tissue damage in both legs that required surgery, and she currently is unable to walk. According to ABC7, the hotel resort gave a statement that said they “can confirm that appropriate signage, as well as night patrolling and red flags were and are properly in place.”

However, upon investigation, it became clear that the only sign they have is almost entirely in Spanish and is not lit up at night.

A GoFundMe page has been created to help with Hummel’s expenses, and it is reported that she will undergo a second surgery later this week. It is expected she will make a full recovery.

“Kiana’s quick thinking, adrenaline and the will to survive and live to tell this story is one to always remember,” a friend wrote in the fundraiser’s description. “With this amazing second chance at life brings a long road to recovery, healing and emotional trauma.”