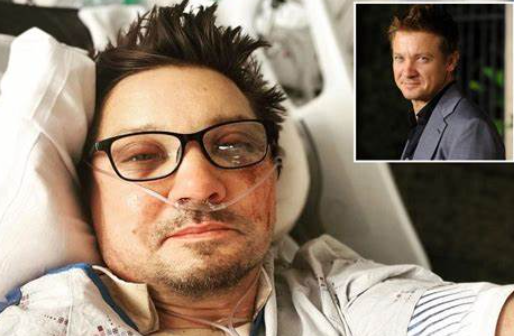 Jeremy Renner’s condition is reportedly “much worse than anyone knows”.

One of the actor’s friends has also told Radar Online he may need more surgeries and he “almost bled out” as he waited for emergency workers to arrive after he was run over by a 14,330-pound snowplough.

A source added: “It’s much worse than anyone knows. Jeremy is very aware of the fact that he almost died out there.

“The right side of Jeremy’s chest was crushed, and his upper torso had collapsed. He also had a bad head wound that was bleeding and a leg injury.”

Jeremy, 52, was helping a stranded family member whose car broke down near his mansion close to Lake Tahoe, Nevada when he was struck by a Snowcat machine.

His representatives said the ‘Hawkeye’ actor suffered blunt chest trauma and orthopaedic injuries and was in critical but stable condition after surgery.

But friends added to Radar about how he was close to death while waiting for help to arrive: “Jeremy was in a lot of pain, and was having difficulty breathing. “He knew he was in bad shape and that he might not make it out of this.

“Word is the damage to Jeremy’s chest was so substantial it had to be reconstructed in surgery.

“So far, he’s had two surgeries and he will likely require more in the weeks ahead on his leg.

“Doctors tend to space out operations to allow time for the body’s natural healing process to kick in, and that’s the case here.”

Jeremy’s family, especially his mum Cearley and sister Kym, have been by his side to keep him entertained as he continues to recover in hospital.

It has also been reported he is currently “doing OK” despite being “pretty doped up”, with a source adding: “He’s a fighter, and he’s determined to get through this.”