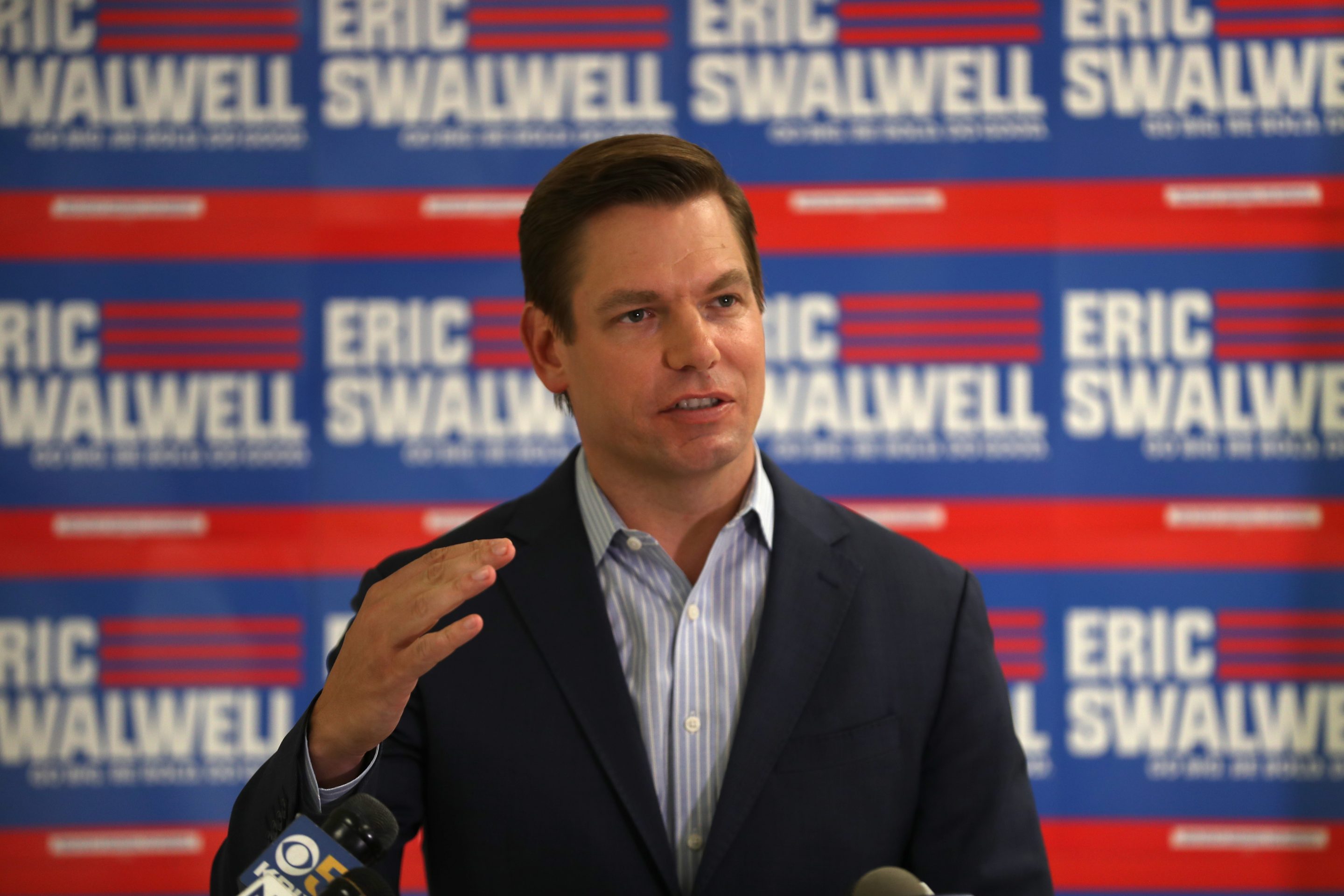 A lab worker in Indianapolis has been fired after sending graphically detailed threats and death fantasies to Rep. Eric Swalwell (D-CA), The Daily Beast reported.

On Friday morning just after midnight, Swalwell posted the threatening message to Twitter after it was direct messaged to him, complete with a link to the perpetrator’s LinkedIn, which led to him being identified as Jonathan Reeser, an employee at Patients Choice Laboratories.

“YOU F**KING TRAITOR LOSER!!!” Reeser allegedly wrote. “AND YOU ARE SO PROUD WHEN YOU GO TO SLEEP EVERY NIGHT. I HOPE YOU [sic] FAMILY IS RAPED AND MURDERED AND I HOPE YOU GET TIED TO THE BACK OF A TRUCK AND DRUG 10,000 MILES UNTIL YOU [sic] BODY IS RIPPED TO PIECES YOU SCUM. I WISH I SAW YOU IN PERSON ID BREAK YOUR F**KING FACE SO FAST YOUD HAVE PLASTIC SURGERY AND NEVER LOOK THE SAME AGAIN. TRY ME P*SSY”

In a statement soon after the message was posted, Patients Choice Laboratories said, “We were appalled by the recent comments made by one of our employees. We do not stand for, or condone, offensive or threatening behaviors … After an internal investigation the individual has been terminated effective immediately and is no longer affiliated with the company.”

“The message came after newly reinstated Speaker of the House Kevin Mccarthy (R-CA) amplified his vow to keep Swalwell off intel committees,” noted Alec Karem for The Beast. Republicans have been long pledging to boot Swalwell off of the House Intelligence Committee, citing a report that he was targeted romantically by a Chinese spy in 2012 — a situation that is in fact common among lawmakers, and that he handled according to proper protocol when the FBI alerted him.

This is not the first time Swalwell has been targeted with death threats. In October 2021, he shared the voicemail from a slur-spewing man who proclaimed, “I hope they chop you up and your family up and feed them to your dogs, you pig.” Later that year, Swalwell engaged personally with a man who direct messaged him that he should be shot, and actually got him to apologize and admit that he had been “radicalized” by Fox News.