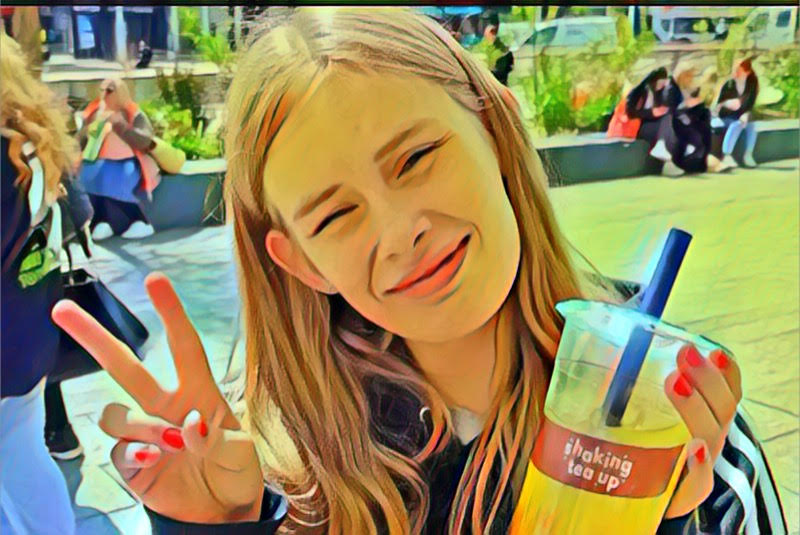 A teenage girl investigated for far-right terror offences was a victim, not a criminal, her grief-stricken mum has claimed.

Rhianan Rudd was found dead in her bedroom in May last year.

The year prior, she had been investigated and charged with various terror-related charges, including the accusation of plotting an attack, with the charges ultimately dropped.

Rhianan had been investigated since April 2020 when she was 14 – now her mum has claimed she should have been treated as a victim rather than a criminal, after being groomed and exploited online.

The teen was exploited online from the age of 14 by an American extremist, finding herself lured into white supremacist views, her mum Emily Carter has said.

Investigating the schoolgirl, an anti-terror squad first arrested her in October 2020 after downloading a bomb-making manual and being referred to the Home Office’s anti-radicalisation scheme Prevent.

She was later charged with various offences in April 2021 and accused of plotting an attack.

Mum Emily said she should never have been charged in the first place.

“They should have seen her as a victim rather than a terrorist.

“She’s a child, an autistic child. She should have been treated as a child that had been groomed and sexually exploited,” she told the BBC

The charges were dropped several months later in December 2021 after evidence was submitted that she had been groomed and exploited online by an American extremist called Christopher Cook.

It was also claimed that she was influenced by her mother’s ex-boyfriend Dax Mallaburn, an American white supremacist, although Emily has denied that.

After the charges were dropped, Rhianan continued living at a children’s home in Nottinghamshire, and again was spoken to by Prevent staff.

Workers at the home said she was preparing to take her GCSEs at the time.

But in May 2022, she was found dead in her room having apparently taken her own life.

An inquest into her death was opened and adjourned in October and will continue later this year.

Nick Price, Head of Special Crime and Counter Terrorism at the Crown Prosecution Service, said: “This is a tragic case and I want to send my sincere condolences and sympathy to Rhianan’s family.

“We do not prosecute young or vulnerable people lightly. Terrorism offences are extremely serious, and these are decisions our expert prosecutors take great care over.”

A Home Office spokesperson meanwhile said its anti-terrorism strategy Prevent does not comment on individual cases.

“MI5 takes its responsibilities in relation to those who may be at risk of harm very seriously,” the government spokesperson said.

In accordance with long-standing government policy, MI5 can neither confirm nor deny whether it was involved in this specific case.

“More generally, if in the course of work to protect national security someone in MI5 obtains information that an individual is or may become at risk of death or serious harm, this will be passed to the relevant authorities.”