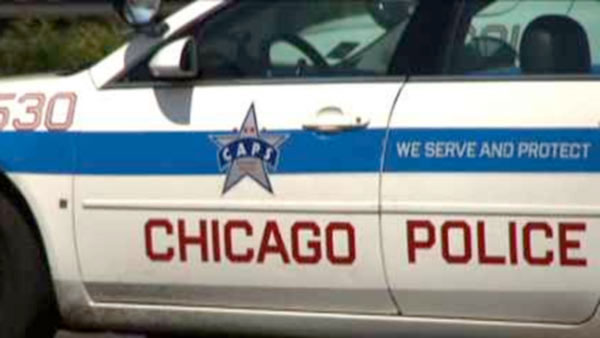 Three Chicago police officers died by suicide in the final weeks of 2022, adding to a troubling trend over the past few years which several experts told Fox News Digital must be more seriously addressed in 2023.

A 51-year-old off-duty Chicago police officer took his own life on the morning of Dec. 22, marking the seventh police officer suicide of 2022 and the third since Dec. 15, WLS-TV reported.

On the morning of Dec. 20, a female Chicago police officer in her 30s was found dead in her home from suicide, and a 58-year-old female officer was found dead of an apparent suicide on Dec. 15.

“It’s a tragic trend that’s been going on for years,” retired Chicago Police Department Chief of Detectives Eugene Roy told Fox News Digital, explaining that city leaders have engaged in a policy of “benign neglect” that is “costing people their lives.”

Roy pointed to multiple examples of how leadership can make improvements, including what he says is a public waiting room where officers visiting the Employee Assistance Program (EAP) office do not have privacy if they wish to seek help for mental health issues. Additionally, Roy said that the department sent an email to every sworn officer on the day of one of the suicides telling them of the open complaints against them.

“Is that looking out for the best interests of our people?” Roy asked. “They’re already down in the gutter. They’ve been kicked. Another friend, partner, coworker has taken their life, and you’re going to just remind everybody of that? That shows a lack of sensitivity. That shows a lack of leadership skills and ability.”

Tania Glenn, a trauma therapist in the Austin, Texas, area for 30 years and president of Tania Glenn and Associates, which specializes in providing mental health services to first responders and veterans, told Fox News Digital that Chicago police officers face a “multifaceted” set of circumstances and problems.

“[I]t’s like this perfect storm of trauma, stress, fatigue, lack of sleep, all converging together, and that is what that police department in Chicago is facing.”

“Chicago is a very, very hectic, busy, violent city, so officers are exposed to a lot of crime and criminal elements and critical incidents and then there is the staffing shortage,” Glenn explained. “I know, especially in Chicago, all the prolonged shifts have been a real issue, as well as working a lot of overtime.”

Fox News Digital exclusively reported in April that staffing levels in the Chicago Police Department had reached their lowest in recent history at the same time the city experienced a surge in crime.

“When you take people who are exposed to high stress and you also expose them for very long periods of time, what happens is, of course, they’re in this constant state of fight or flight and their cortisol is pumping,” Glenn said. “And when they are off, it takes so long to decompress from that constant engagement of fight or flight but even when they are off, they don’t sleep well.”

Low staffing levels have contributed to scheduling issues where officers have had days off canceled, along with long hours where some officers have resorted to sleeping in their cars between shifts.

“We’re also adding on the fact that there is a lack of sleep because they are working those really long shifts and they’re working a lot of overtime, and so it gets to the point where when human beings don’t have enough sleep, we are not rational, our mental health completely suffers,” Glenn told Fox News Digital. “And what happens over time is when people don’t have enough sleep, then it throws fuel on the fire for things like depression and anxiety and when the depression hits, it’s so cruel — it basically convinces you to just take your own life and it convinces you that no one will care, and that couldn’t be further from the truth.

“So it’s like this perfect storm of trauma, stress, fatigue, lack of sleep, all converging together, and that is what that police department in Chicago is facing.”

Roy told Fox News Digital that outreach from supervisors that interact with police on a daily basis is critical to addressing the problem and leadership to send a “loud and clear” message to supervisors who are in charge of hundreds of staff members that they are responsible for and owe it to officers to “look out for their emotional and mental health as well as their physical safety.”

Roy also suggested that leaders, from the police superintendent on down, make a point of visiting the different precincts where these suicides have taken place and publicly show support.

“Go on a tour,” Roy said. “Go visit his people starting with the units where people have died and work backwards from the most recent ones where people are still hurting and just go work his way backwards, and gradually he’s got to go see everybody. That’s the way that you show people you’re sincere, you’re legit, and you have their best interests at heart.”

Glenn expressed a similar sentiment to Fox News Digital and explained that one of the biggest hurdles officers face is overcoming the stigma attached with asking for help and the embarrassment associated with reaching out to superiors for help, which makes effective and discreet therapy even more essential.

“I think every officer who gets good help wants to tell other officers to get that help, and if we can multiply how many officers get really good care, they’re going to be the biggest influencer for other officers to go get help,” she said.

Chicago Alderman Anthony Napolitano, who represents Chicago’s 41st ward and served as a Chicago police officer for five years and as a Chicago firefighter for 10 years, told Fox News Digital that the city can do more to provide healthcare resources to officers, including a path for officers suffering from PTSD to access “stellate ganglion block” and ketamine treatments.

“I hope to bring this procedure to the city of Chicago to help combat the ongoing battle with suicide among first responders as well as all city workers,” Napolitano said, explaining that there are measures the city can take to make the treatment, known as the “God shot,” as well as other treatments more readily available and affordable to officers.

“I was both a police officer and firefighter for the city of Chicago. I was elected to fight for people and I won’t stand by idle,” Napolitano said.

Following the recent officer suicides, CPD Superintendent David Brown released a statement in which he said “the men and women of the Chicago Police Department are everyday heroes who serve and protect with great honor and courage.”

“Each day, they make the choice to put their own safety at risk to protect the people of our city. Our officers repeatedly respond to traumatic incidents and are not immune to the pain and cruelty surrounding these incidents. They do this while balancing their own personal lives and difficulties. This is why it is crucial we strengthen and expand the resources and support systems for our officers,” he said.

Fox News Digital reached out to Chicago Mayor Lori Lightfoot’s office for comment and did not receive a response by time of publication.

The Chicago Police Department directed Fox News Digital to an email sent out by EAP to officers outlining the various resources at their disposal if they need mental health counseling.

“These resources are here to ensure you have the support you need whether you’re having a bad day, have had a bad call, or feel in crisis,” the email stated. “Our goal is to ensure every officer is aware of resources they can turn to for support. Please remember you are never alone — make the call.”