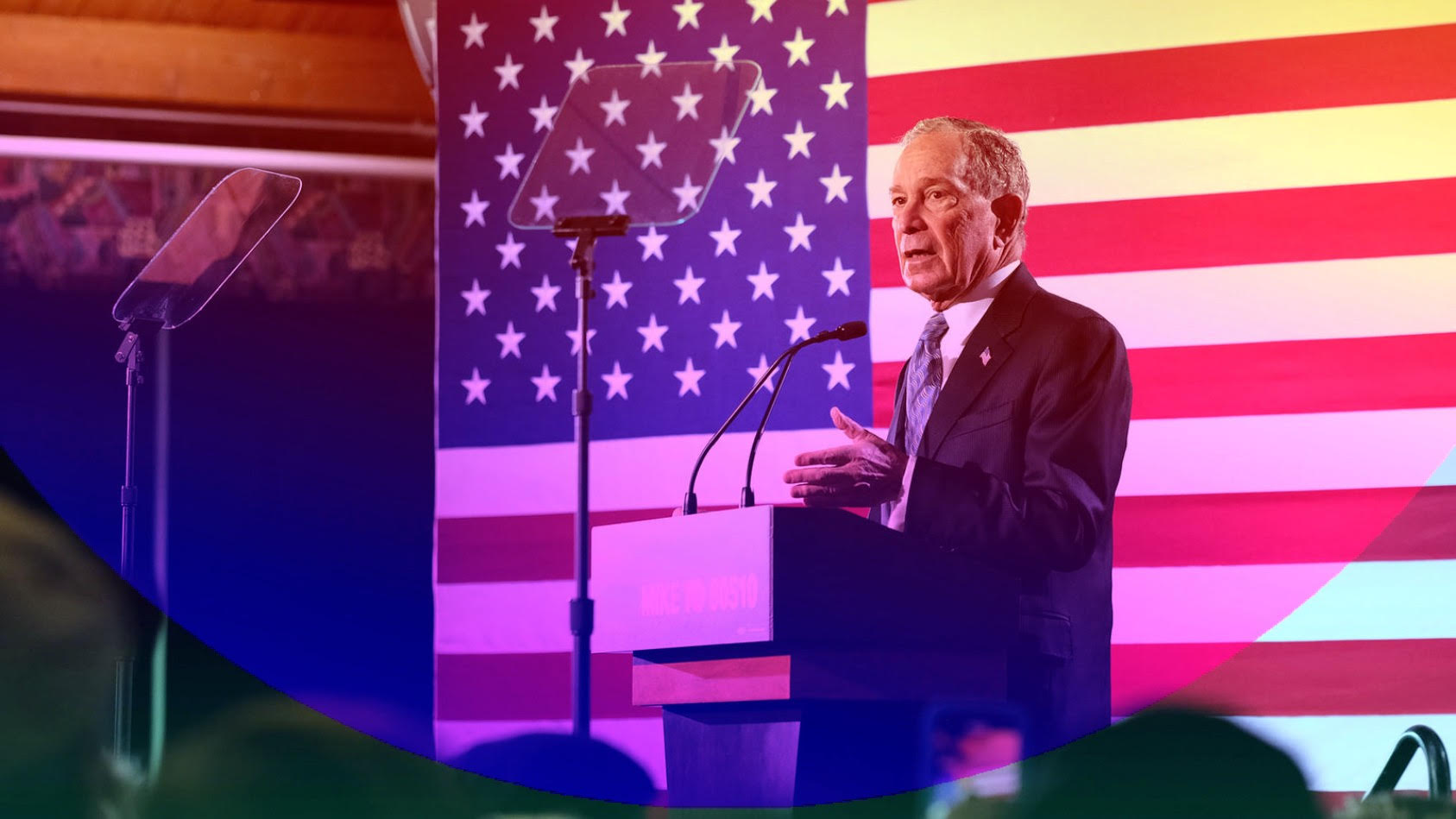 Such a merger would create a financial data and news giant, further firming up the world’s 12th richest man’s strong hold on the business and likely allowing his company to sell more Bloomberg Terminals – the main source of its revenue.

According to the Axios report, Bloomberg, whose net worth is estimated at $76.8 billion, sees News Corp-owned Dow Jones, also the publisher of Barron’s and MarketWatch, as the ideal fit but would buy the Post if Amazon.com Inc founder Jeff Bezos was interested in selling.

Bloomberg nor Dow Jones have responded to the reports however a Washington Post spokesperson told Axios that the Post is ‘not for sale.’

Bezos purchased Washington Post in 2013 for $250 million however following recent failures, the Axios report notes that many are wondering how infested the billionaire is in the iconic newspaper.

Just last week, a video of Post publisher Fred Ryan casually announcing that layoffs were coming to the Post in 2023 during a company town hall was met with derision.

Following the meeting, Ryan walked off stage while being bombarded with questions. He told the audience: that he would not turn the town hall into a ‘grievance session.’

The Washington Post Guild fired back at Ryan, describing his refusal to take questions as ‘unacceptable’ behavior ‘from any leader,’ but ‘especially the leader of a news organization whose core values include transparency and accountability.’

In the aftermath of that incident, an unnamed Washington Post staffer told CNN: ‘The mood is really grim. People are just so livid right now. It’s bad. Just bad.’

Among those who responded to the video was Donald Trump Jr., who said in a bizarre video rant ‘that it makes him fear for the ‘future of the country’ and asked if the parents of those affected would ‘call in to complain’ because their kids didn’t get a ‘participation medal.’

During the rant he backed publisher Fred Ryan, who has sparked his own furious backlash, saying that the journalist ‘ran the paper into the group’ with their ‘woke nonsense.’

In October, Rupert Murdoch had started a process that could reunite his media empire, News Corp and Fox Corp. Murdoch first bought the company for $5 billion, or $60 a share, in 2007. In 2019, the company posted revenues of $1.9 billion.

The proposal has, however, met with stern opposition from several shareholders who say a combination on its own would fail to realize the full value of News Corp and have instead suggested a spin-off of the media company’s digital real estate business or Dow Jones as an alternative to the merger.

Craig Huber, media analyst at Huber Research Partners, said he would be ‘shocked’ if Murdoch sold the Wall Street Journal and has likely told his family not to sell it either.

‘The WSJ is a trophy property to the Murdoch family,’ he said, adding that the speculation is likely a result of his plan to reunite his media empire.

After reports surrounding the possible takeover emerged, NewsCorp shares climbed nearly five percent to $18.08. Overall, the company’s shares are down 18 percent in 2022.

In August, sources familiar with the Washington Post’s finances told the New York Times that The Post now has fewer than the three million digital subscribers it hailed in 2020, and that digital ad revenue fell to $70 million during the first half of 2022, a 15 percent decrease from last year.

In the years after Bezos purchased The Post in 2013, the company saw a significant boom in business, with its newsroom doubling in size as it gathered hundreds of new journalists.

Sources claim Ryan has been a controversial figure in the office, with many worried about his direction for the company.

They added that the publisher has been monitoring how many people come into the office after COVID restrictions were lifted and is now weighing threats of firing those who continue to work from home.

Sources said that Bezos had been a regular presence at The Post in the first few years after purchasing the paper, but his visits have become a rare occurrence following the COVID-19 shutdowns.

Running the paper has fallen onto Ryan, 67, a former official in the Reagan administration and chief executive of Politico.

Ryan, however, has allegedly put the plan on a backburner, much to the frustration of The Post’s marketing team, sources told the Times.

The sources added that the paper hired a team of marketers for advertisement purposes, but several ads never ran.

The alleged trouble at The Post comes after several journalists who covered the pandemic penned a letter to Ryan over his attempt to crackdown on working from home.

‘Such decisions are extremely personal and consequential,’ the letter said, ‘and we urge management to allow employees to make these decisions without fear of punishment from their employer.’

But while the paper enjoyed a boost in subscriptions and readership, things took a downturn in early 2021, after Donald Trump left the presidency.

The Post, which saw a surge of activity through their extensive coverage of the Trump administration, had trouble bouncing back once he left office, sources told the Times.

They said many have grown frustrated over Ryan’s leadership, who was appointed by Bezos, for failing to expand and diversify the outlet’s coverage during that critical moment.

Earlier this month, major layoffs were announced at CNN. Among the high profile releases was political analyst Chris Cillizza, 46, who has been covering national politics, the White House and Congress for the cable giant since 2017, after coming over to the network from The Washington Post, was among those who were let go this week, Variety reported.

Cillizza tweeted Thursday afternoon, stating, ‘my time at CNN was an absolute blast. I got to work with smart and dedicated journalists everyday,’ he said.

In a memo, CNN CEO Chris Licht wrote, in part: ‘I know these changes affect both our departing colleagues and those who remain,’ he said. ‘And we have resources to support you.’

The cable news giant also scrapped all of HLN’s live programming, including longtime host Robin Meade, 53, who was with the weekday Atlanta-based morning show for more than 21 years. It is estimated that her annual salary is $3 million, making her one of the highest paid female anchors in the business.

One thought on “Bloomberg to Buy the Washington Post?”