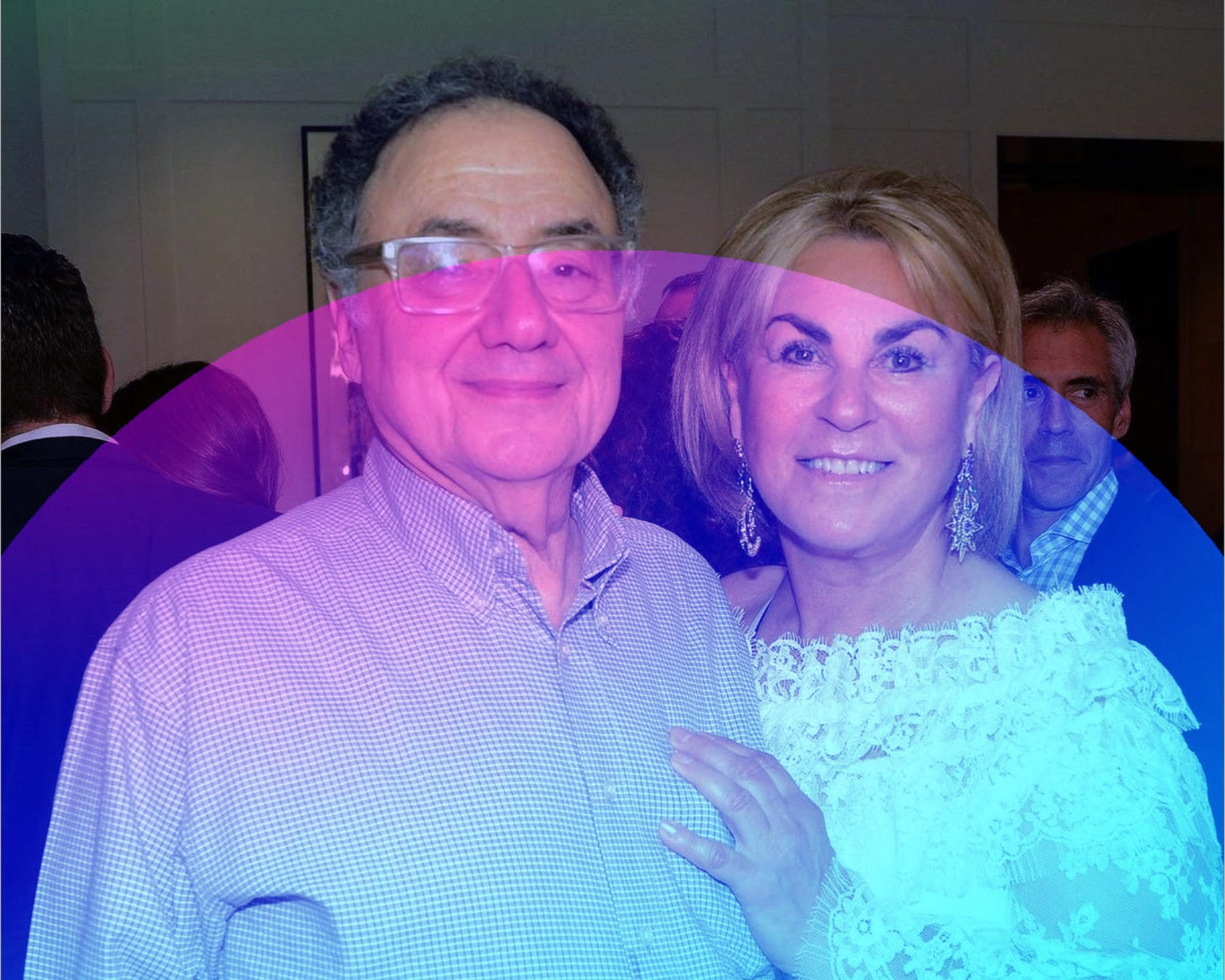 The deaths of Canadian billionaires Barry and Honey Sherman have been shrouded in mystery from the beginning.

On December 15, 2017, a realtor giving a tour of the couple’s Toronto mansion around midday discovered their bodies, fully dressed, beside their indoor basement swimming pool. They were semi-seated side by side, with belts tied around their necks and attached to the railing of the indoor pool, police said.

Barry Sherman was 75; his wife Honey was 70. None of their friends or business associates had heard from them in about two days, and there were no signs of forced entry to the home, police said.

The story made headlines far beyond their affluent community in Toronto. Police called the deaths suspicious, and theories swirled about who might have wanted to kill the founder of Canadian generic drug giant Apotex and his philanthropic wife – one of Canada’s richest couples.

Investigators have worked to connect the dots. But five years later, no arrests have been made. On this week’s anniversary of the killings, the Shermans’ son offered an additional $25 million for information leading to an arrest. The reward is now $35 million.

“This week marks the five-year anniversary since my parents were murdered in their home. Every day since then has been a nightmare. I have been overwhelmed with pain, loss, and sorrow and these feelings only continuously compound,” Jonathon Sherman said in a statement to Canada’s CBC News announcing the reward money.

“Closure will not be possible until those responsible for this evil act are brought to justice,” he added. “I hope for the day when I make this payment, as it will finally allow for healing.”

Initially, there was speculation the Shermans died by suicide

From the beginning, the case confounded investigators and amateur sleuths alike.

Days after the grim discovery, an autopsy revealed the couple died from “ligature neck compression,” or strangulation. The investigation was still in its early stages and the deaths were not being treated as homicides, police said at the time.

“The manner was undetermined with the only presented options being double suicide, murder/suicide or double homicide,” Detective Sergeant Susan Gomes said.

The victims’ prominence meant the case was high profile from the start.

Barry Sherman founded Apotex in 1974 and expanded it into a global pharmaceutical company that has donated over $50 million to charity, according to its website. At the time of his death, Forbes estimated he was worth $3 billion.

Their funeral was attended by thousands of people, including Prime Minister Justin Trudeau and Kathleen Wynne, premier of the province of Ontario.

At the service an emotional Jonathon Sherman took the stage, flanked by his three sisters, and slammed speculation that their parents died by suicide.

“Our parents never left anyone behind. They were taken from us,” he said through tears, adding that the family takes comfort in knowing the Shermans are together in the afterlife. “You were like a lock and a key, each pretty useless on your own. But together, you unlocked the world for yourselves, and for us, and for so many others,” he said.

The couple’s children hired their own team of forensic pathologists and private investigators, leading to speculation that they were sparring with the police.

Toronto police later said investigators never prematurely indicated the case was a murder-suicide, saying it was a misunderstanding. Authorities said they had sought to reassure the public that there was no sign that it was a break-and-enter or robbery with violence.

Police later concluded someone had killed them

Six weeks after the bodies were found, Toronto police announced a review of evidence showed they were victims of a homicide, saying they believed the couple was targeted. Investigators cited the extra time needed to search the Shermans’ sprawling home and related issues for the delayed conclusion.

“Legal complexities in some executions have been challenging, given the litigious nature of Barry Sherman’s businesses, in particular the search and seizure of electronics and Barry Sherman’s workspace at Apotex,” Gomes said in January 2018.

“Two residential properties belonging to the Shermans have been searched. The primary Sherman residence is a large three-story family dwelling. Six weeks of search, forensic review and seizing of evidence is warranted.”

Police have indicated there are possible financial motives in the double homicide, according to the CBC, a CNN affilate. A Toronto police spokesperson declined to comment to CNN on that report.

Over the years Barry Sherman had sued dozens of people, including a lawsuit filed the last day he was seen alive against someone he claimed had scammed him out of a $150,000 investment, the CBC reported. He was known to loan money to friends and relatives, and invest in other businesses.

Gomes declined to provide details on what evidence was found in the search of the home or whether anything was stolen. She said there were no suspects, but added that police are speaking to a number of people who had access to the home.

The CBC reported that the Sherman mansion had no security cameras. With no forced signs of entry, it’s possible someone had a key, had access to the lockbox that held the keys or was known to the couple, Gomes said.

She urged any witnesses to come forward. “We have a significant number of images of people in the neighborhood,” she said.

Weeks turned into months without any new leads. Even investigators admitted the family was getting impatient with the lack of information.

“For them, it has been difficult to balance their patience with their frustration with us and our investigation, not unlike any other family who has suffered such a sudden and profound loss,” Gomes said in 2018.

In 2021, police asked for help in identifying a shadowy suspect

After years of silence, police made a stunning announcement on the fourth anniversary of the couple’s deaths last year.

They shared a video of a shadowy person caught on security video walking on the snow-covered sidewalks in the couple’s North York neighborhood. Police described the person as a suspect and asked for the public’s help in identifying them.

Police said the suspect wore a head covering in the video and appeared to be between 5-foot-6 and 5-foot-9. Police said they did not know whether the suspect was male or female, and could not determine their age, weight or skin color.

They called attention to the unusual gait of the suspect, who seemed to kick up their right heel while walking.

“Through our investigation, we have been unable to determine what this individual’s purpose was in the neighborhood. The timing of this individual’s appearance is in line with when we believe the murders took place. Based on this evidence we’re classifying this individual as a suspect,” Detective Sgt. Brandon Price said at a news briefing.

An “exhaustive video canvass” of the neighborhood revealed other video surveillance of the suspect, and based on when police believe the murders took place, the person was around the Sherman household and remained in that area for a period of time, Price said.

They urged the person to come forward. Nobody did.

Five years after the killings, there have been no new major developments. True crime podcasts have tried to unravel intrigue surrounding the deaths.

The Shermans’ children say the years since the killings have been a nightmare.

The grief is compounded by the lack of answers, said Alex Krawczyk, their daughter.

“So far there has been no justice for them and no closure for me and my family,” she said in a statement this week. “My heart is broken. My loss is immeasurable. My children have lost their grandparents. We miss their guidance, love, and wisdom.”

A folk singer, Krawczyk released an album of music this year that she described as an attempt to process her grief and heal in the wake of her parents’ deaths.

In a statement to the CBC, her brother, Jonathon Sherman, echoed the same sentiment, saying the family will never get closure until the killer is brought to justice. The loss of his parents goes beyond the family and extends to the many people whose lives they touched, he said. The Shermans were a big part of the local Jewish community and involved in numerous advocacy and philanthropy works.

“Nothing will replace their incredible generosity and positive social impact,” he told the CBC. “My parents deserved to enjoy the fruits of their labor, and spend their twilight years as any grandparent should, with their family. … I am forever haunted by what happened to them.”

The siblings reminded the public of the $35 million in reward money and pleaded anyone with information to contact the Toronto Police Service. CNN has reached out to the family for comment.

Caroline de Kloet, a Toronto Police Service spokesperson, declined to comment on a possible motive or developments in the case.

“This remains an ongoing and active investigation,” she said. “Toronto Police Service is committed to resolving this case and bringing closure to the family and friends of Barry and Honey Sherman.”