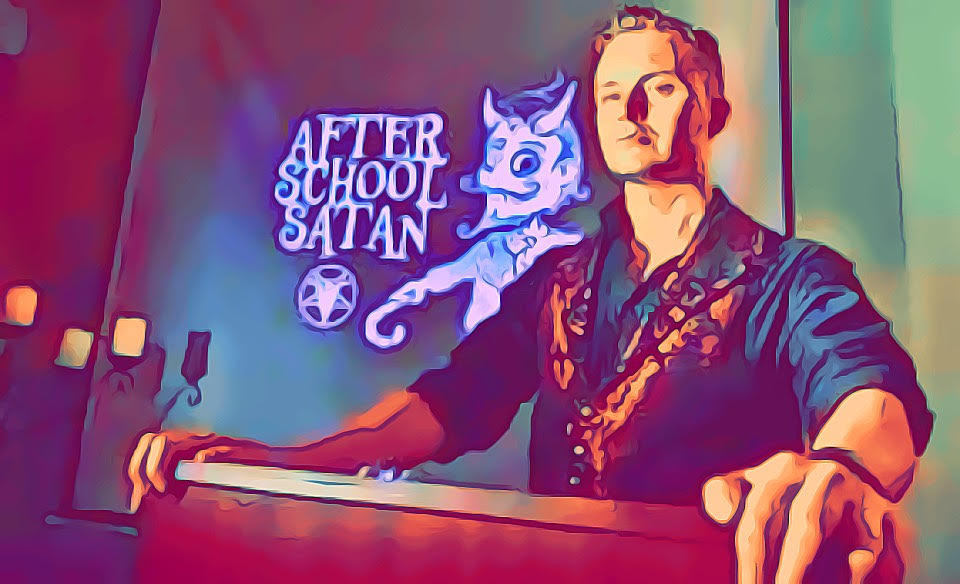 The spokesperson and co-founder behind The Satanic Temple responded to outraged parents and critics opposing his proposed “After School Satan Club,” insisting no one is trying to convert children to satanism.which has roiled a Virginia town.

The city of Chesapeake, Virginia has become the focus of national attention after The Satanic Temple, described as a non-theistic religious group, attempted to establish an After School Satan Club (ASSC) for kids at the local B.M. Williams Primary School.

Lucian Greaves, who co-founded the group in 2012, told Fox News Thursday that the club is being proposed as an alternative to other religious after-school groups, adding that his intention is to promote free speech and religious liberty among children.

“Obviously we don’t view Satan as evil, and it really doesn’t matter to us what your mythology is surrounding Satan,” Greaves said on “Jesse Watters Primetime.” “You need to ask yourself if your distaste over us identifying as Satanists is strong enough that you would abandon the principles of free speech and religious liberty.”

The group describes its program as “self-directed education” that aims to support “the intellectual and creative interests of students.” They set up the club at the request of parents, educators or “other community members,” according to the temple’s website.

“The Satanic Temple is a non-theistic religion that views Satan as a literary figure who represents a metaphorical construct of rejecting tyranny and championing the human mind and spirit,” a flyer on The Satanic Temple’s Facebook page reads. “After School Satan Club does not attempt to convert children to any religious ideology. Instead, the Satanic Temple supports children to think for themselves.”

Greaves said the group tries to avoid religious matters in the after-school program, telling host Jesse Watters, “We are not looking to convert people into satanism. We are not even teaching children about satanism in the classes.”

Parents voiced their opposition to the club during a school board meeting on Monday, arguing that it would be inappropriate in an elementary school setting that caters to young children. Board members reportedly held off on voting on its approval as they assess the group’s safety and concerns surrounding it

“Well, parents can feel that way and many parents feel similarly about evangelical after-school clubs,” Greaves fired back. “In fact, we put our club in place to offer an alternative against an evangelical club that’s explicitly designed to convert children and get them to proselytize to other kids, so if parents don’t want to send their kids to an after-school Satan club…. There are other religious clubs. Really, I think the controversy just evades the issue as to whether or not we’re willing to allow government functionaries at school boards or whatever to simply shut down somebody’s religious liberty or free speech because they don’t like it.”

Despite pushback from parents, lawyers argue the school must make room for the club because of its affiliation with religion, tying it back to the First Amendment and freedom of speech. Still, all students are required to have a parent-signed permission slip to attend any after school program hosted by an outside organization.

Pressed by Watters to share a “tenant of Satanism,” Greaves said, “One should strive to act with compassion and empathy to all creatures within reason.”

“I think the tenets are very pro-social,” he went on. “They’re almost universal, I would think, as time goes on we will kind of converge on a consensus morality…”

June Everett, an ordained minister in The Satanic Temple and campaign director for the after-school club, told Fox News Digital that she joined the group after her first-grade son was “traumatized” by his classmates, attendees of the Good News Club, who told him he would “burn in hell away from his mommy and daddy and Molly, our dog at the time, if we didn’t accept Jesus Christ into our hearts and start going to church.”

This led Everett to seek alternatives to what was being offered to students.

“Regarding parents who are upset about the club, I would like them to know that we are here because we have worked with educators to develop an after-school program that is engaging and fun and helps young minds grow and thrive,” she told Fox News.