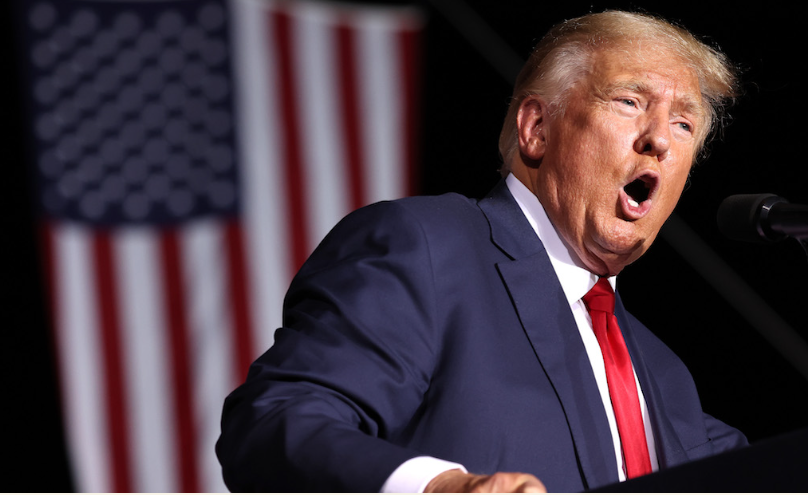 Former President Donald Trump had a strong reaction to Elon Musk’s much-hyped information dump on the handling of the Hunter Biden laptop story: he called for the “termination” of the U.S. Constitution.

Twitter CEO Musk announced late Friday afternoon he would be revealing “what really happened” when the story about Hunter Biden‘s laptop was banned on the social media app, and the New York Post Twitter account was suspended over the story.

After hours of delay, Musk retweeted a thread by Matt Taibbi that was eagerly glommed by some, but panned by many others as an overhyped and misleading packaging of cherry-picked internal documents that did not amount to much upon further scrutiny.

But the revelations excited others, who saw the internal documents as evidence of wrongdoing by the company and a variety of Democratic political entities.

It’s safe to say Trump is in that category, based on his (non-Twitter) social media posts, which included this rant Friday night:

Wow! That’s a really big story about Twitter and various forms of government Fraud including, specifically, Election Fraud. The same level of Fraud took place with the other Big Tech companies, if not even worse (if that’s possible?). We are living in a VERY CORRUPT COUNTRY &, AS THEY ARE SAYING ALL OVER THE INTERNET, “NOTHING WILL BE DONE ABOUT IT BECAUSE THE JUSTICE DEPARTMENT & FBI ARE TOTALLY CORRUPT.” But they’ll keep investigating “boxes” that were legally & openly taken from the W.H.

And on Saturday, he wrote:

So, with the revelation of MASSIVE & WIDESPREAD FRAUD & DECEPTION in working closely with Big Tech Companies, the DNC, & the Democrat Party, do you throw the Presidential Election Results of 2020 OUT and declare the RIGHTFUL WINNER, or do you have a NEW ELECTION? A Massive Fraud of this type and magnitude allows for the termination of all rules, regulations, and articles, even those found in the Constitution. Our great “Founders” did not want, and would not condone, False & Fraudulent Elections!

But others were less impressed with the dump.

Mediaite founder Dan Abrams told Colby Hall that “It is stunning that with access to all the internal e-mails at Twitter that they don’t have a single smoking gun that implicates a government leader or even any campaign in wrongdoing. Even before Musk’s characterization of what was there, I expected there would be something more damning. . . from someone relevant.”

One thought on “Trump Calls for TERMINATION of the United States Constitution?”