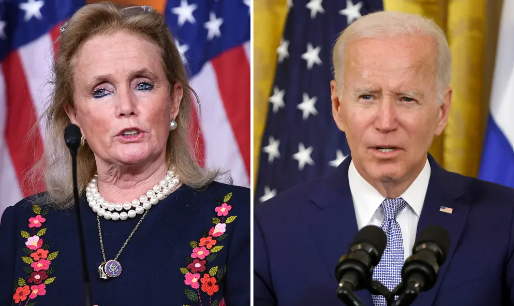 Democratic Representative Debbie Dingell said Friday that she was “stunned” by the Biden administration’s determination that Saudi Arabia’s Crown Prince Mohammed bin Salman should have immunity in a lawsuit regarding the killing of Jamal Khashoggi.

Khashoggi, a Saudi journalist who was critical of Salman and the ruling royal family, was allegedly killed at the Saudi Consulate in Istanbul in 2018. The CIA determined that year that Salman had ordered Khashoggi’s assassination, though the Saudi government has denied all allegations that it was involved in his death.

The lawsuit at the center of the development was brought by Khashoggi’s fiancée, Hatice Cengiz, and the rights group he founded, Democracy for the Arab World Now (DAWN).

Visek said that in making the immunity determination, the State Department was taking “no view on the merits of the present suit and reiterates its unequivocal condemnation of the heinous murder of Jamal Khashoggi.”

The State Department was requesting that the Justice Department submit a suggestion of immunity for Salman to a district court involved in the lawsuit, Visek added.

The immunity determination is not binding and the final decision will ultimately fall to a judge, the Associated Press reported.

Dingle was asked about the development during an appearance on CNN This Morning on Friday.

“I’m going to be very blunt. I was stunned when I read it…and I already was texting my staff trying to understand what the issues were. I think it’s very complicated, but I am very disturbed by some of the things,” Rep. Debbie Dingell on Biden admin granting immunity for MBS. pic.twitter.com/HxezWuAi1V

“I’m going to be very blunt,” Dingle responded. “I was stunned when I read it this morning.”

She said that she had been texting her staff and working to understand the details of the issue, adding that she believes it’s “very complicated.”

“I try to be thoughtful. I try to have my facts, but I can’t turn my head….I mean, we know that somebody was murdered so I’m obviously not comfortable this morning and I want to understand why they did what they did,” Dingle continued.

Dingle was not the only figure who appeared taken aback by the immunity determination.

DAWN’s Executive Director Sarah Lee Whitson also responded to the decision in a statement on the group’s website. She called it “an unnecessary, elective action that will serve only to undermine the most important action for accountability for Khashoggi’s heinous murder.”

A State Department spokesperson told Newsweek in a statement that the immunity suggestion “in this case is based on longstanding and well-established principles of common law, including customary international law, which the United States has consistently and across administrations applied to heads of state, heads of government, and foreign ministers while they are in office.”

“This Suggestion of Immunity does not reflect an assessment on the merits of the case,” the spokesperson said. “It speaks to nothing on broader policy or the state of relations. This was purely a legal determination.”

“From the earliest days of this Administration, the United States Government has expressed its grave concerns regarding Saudi agents’ responsibility for Jamal Khashoggi’s murder,” the statement continued.

“U.S. officials have raised our concerns publicly and with the most senior levels of the Saudi government,” the statement added. “We will continue to act to protect the rights of journalists, activists, and dissidents from threats and attacks for exercising their human rights and fundamental freedoms, and to hold accountable those governments and individuals that place them at risk.”