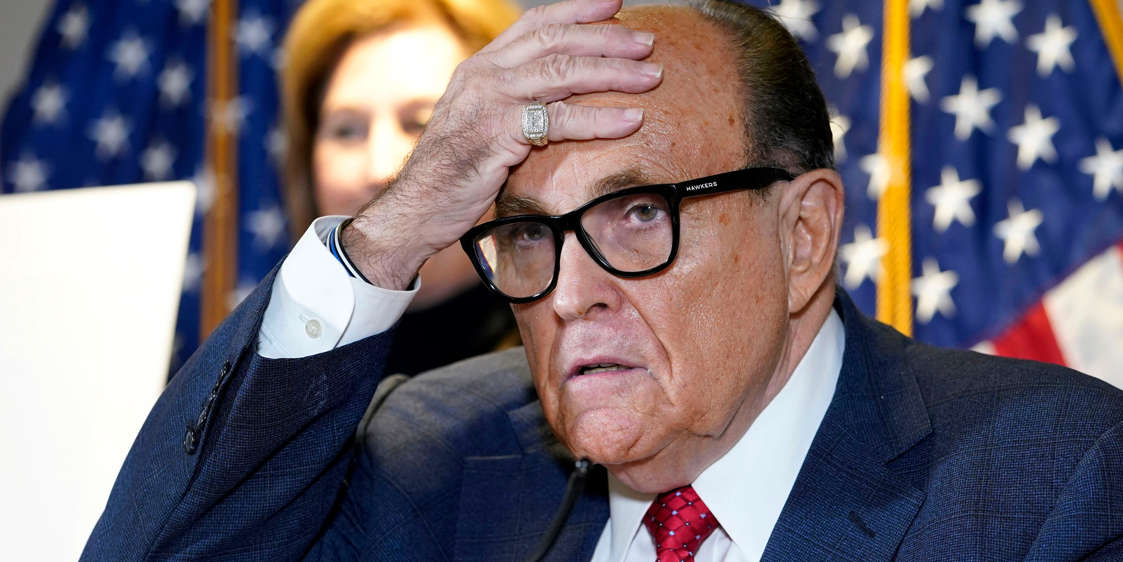 A newly public transcript of a February 2018 conversation shows Rudy Giuliani telling federal agents that it was OK to lie during presidential campaigns.

The transcript, obtained by The Washington Post, showed a conversation between Giuliani and agents for the Justice Department’s inspector general.

The conversation happened in a room in Donald Trump’s Washington, DC, hotel. It was meant to find out whether FBI agents leaked sensitive information to Giuliani during the 2016 election, as he had suggested in media appearances at the time. Giuliani took part in the interview voluntarily, The Post reported.

The transcript also showed Marc Mukasey, Giuliani’s law partner at the time, telling the agents, “I’m not saying Rudy necessarily, but everybody embellishes everything.”

Giuliani then said, according to the transcript: “Oh you could throw a fake.”

To which Mukasey said, “You’re under no obligation to tell the truth,” per the text.

The Post obtained the transcript after a government-watchdog group, the Project on Government Oversight, sued for a copy and gave it to the newspaper.

Mukasey declined to comment to The Post. A lawyer for Giuliani did not respond to The Post’s request.

Giuliani is being sued by Dominion Voting Systems, which said he made defamatory claims about the company’s role in the 2020 election by promoting false election conspiracy theories.

Giuliani is also facing a slew of other legal issues, including the temporary suspension of his law license in New York and Washington, DC, over of his lies about the 2020 election.

One thought on “Rudy Giuliani Told DOJ Agents it was OK to Lie in Campaigns: ‘Oh, You Could Throw a Fake’”