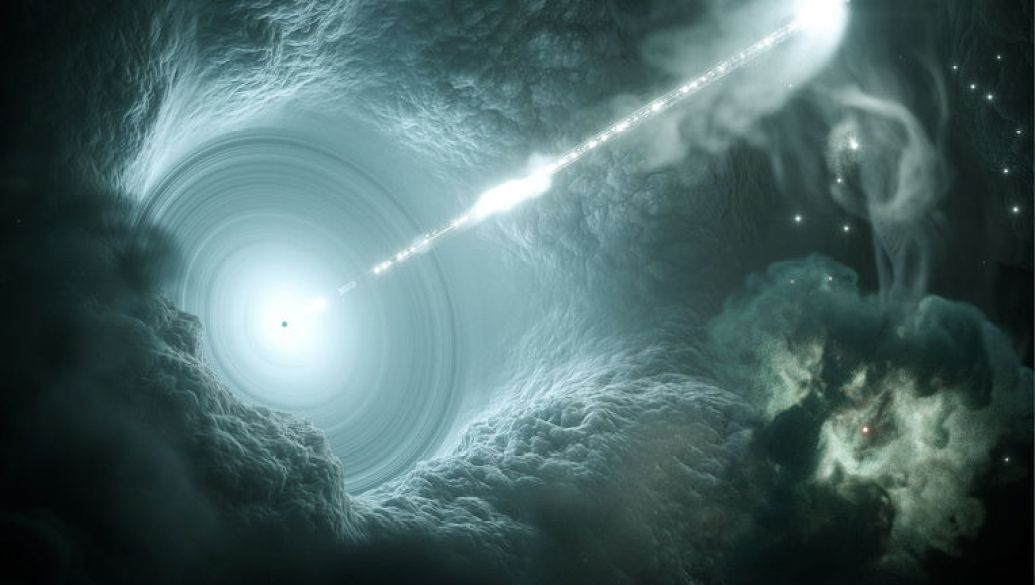 The region surrounding a supermassive black hole is truly an environment of extremes. Thanks to new computer simulations, researchers have gained some insights into what can happen in the gas surrounding one of these cosmic giants. The team reports that tsunami-like waves and vortices are expected to spread out from the black holes.

In the region closest to the black hole, the incredible gravitational effect heats up in-falling material to millions of degrees. This plasma shines, emitting energetic x-rays heating the surrounding gas. The work, published in The Astrophysical Journal, shows that this heated gas can become clumpy and create some peculiar effects in the cloudy accretion disk surrounding the black hole.

The team’s simulation reports that there are waves in the disk and thanks to the heating effect of the x-rays, they can suddenly grow steeply like a tidal wave encountering a coastline. They also report the formation of Kármán vortex street, a repeating pattern of swirly vortices that happens often in the atmosphere.

“What governs phenomena here on Earth are the laws of physics that can explain things in outer space and even very far outside the black hole,” co-author Daniel Proga, from the University of Las Vegas, Nevada, said in a statement.

It’s the hot pocket of gas-forming on the outskirt of supermassive black holes that are key to these effects, according to the researchers. These propel cooler gas forwards, heating it up, and creating new structures that can stretch to up to 10 light-years.

“These clouds are ten times hotter than the surface of the Sun and moving at the speed of the solar wind, so they are rather exotic objects that you would not want an airplane to fly through,” explained lead author Tim Waters, a postdoctoral researcher at UNLV who is also a guest scientist at Los Alamos National Laboratory.

The simulation contradicts some long-standing theories on how clouds in the vicinity of active supermassive black holes form. Clouds here are not fluffy and white, but are an overdensity of interstellar material. Their formation appears to be dependent on the powerful emission from the closest region surrounding the black hole.

To clump, the gas ought to be cool enough. The gas propagating from the black hole is hot and fast but as it moves away lifts up colder gas creating these clouds, that can move up to 10,000 kilometers per second (20 million miles per hour).