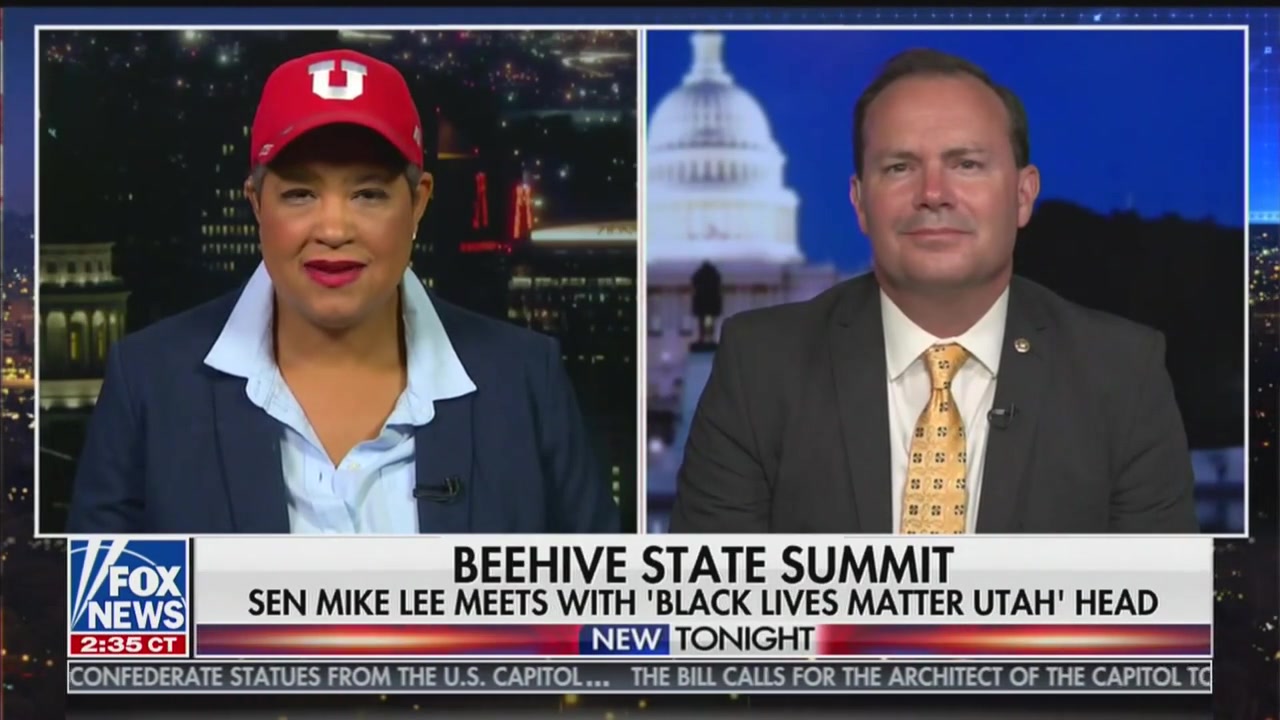 Lex Scott, the leader of Black Lives Matter Utah, said on Thursday she stands by an earlier statement that called the American flag a “symbol of hatred.”

Scott first received backlash for a statement she posted on July 4 on the Facebook page for Black Lives Matter Utah, which is an independent chapter and not affiliated with the national Black Lives Matter organization. In it, she described the American flag as a symbol of hatred and said those who fly it are racist.

After first stating she would take down the post, Scott decided to leave it up. She also added new posts to the page on the subject.

The comment thread included notes from the author, which indicated that some messages had been removed. The message read, “Welcome racists. We know you are big mad about the racist flag post. You will not be heard here. You will be blocked and your comments will be deleted. We will be donating $1 to AOC’s election campaign for every racist that we block. Thank you for contributing to the re-election of AOC. We will jot down your names and attribute each donation to you. Comment below to help her once again head to Washington.”

Scott’s original post quickly spread around the internet and drew national attention. Scott spoke to Fox News on Wednesday about the controversy and said anyone offended by the statement should consider talking to groups like the Ku Klux Klan, who she said waves the flag during their rallies.

The activist also spoke with the Salt Lake City station KSL NewsRadio on Tuesday. During that appearance, Scott said, “Every interaction that I have had with a racist, they are holding an American flag. What would you think if you were me?”

Her Facebook post caught the attention of Utah Rep. Burgess Owens, a Black Republican who took to his own Facebook page with a response. He wrote, “According to BLM Utah, flying the American flag is now racist and hateful. What an insult to those who have fought, served, and died for our freedoms.”

Jacarri Kelley, the leader of the Northern Utah Black Lives Matter chapter, also at least somewhat disagreed with Scott’s choice of words. During an interview with KSL NewsRadio, Kelley said, “The American Flag, do I think it’s racist? No. Do I think its past has very racist tendencies? Yes. We all do.”

A message posted on Thursday on the Facebook page for Black Lives Matter Utah promised to be “our last statement about this matter.”

“I stand by my words,” Scott’s message stated. “You show up for a protest and hundreds of armed white men show up. They have guns, they yell racial slurs at you, they are carrying and wearing American flags. I run over 50 Facebook groups. We receive hate messages daily. When you click on the profiles of the people sending these messages their profiles are filled with American Flags.”

Scott continued in the post, “I feel fear. That is not up for debate. I feel like the person flying it is racist, because every racist that I have come in contact with is either wearing that flag or flying that flag,” she continued. “If you truly loved that symbol, if you did not believe that it stood for racism, then why no outrage when it is used in this way.”