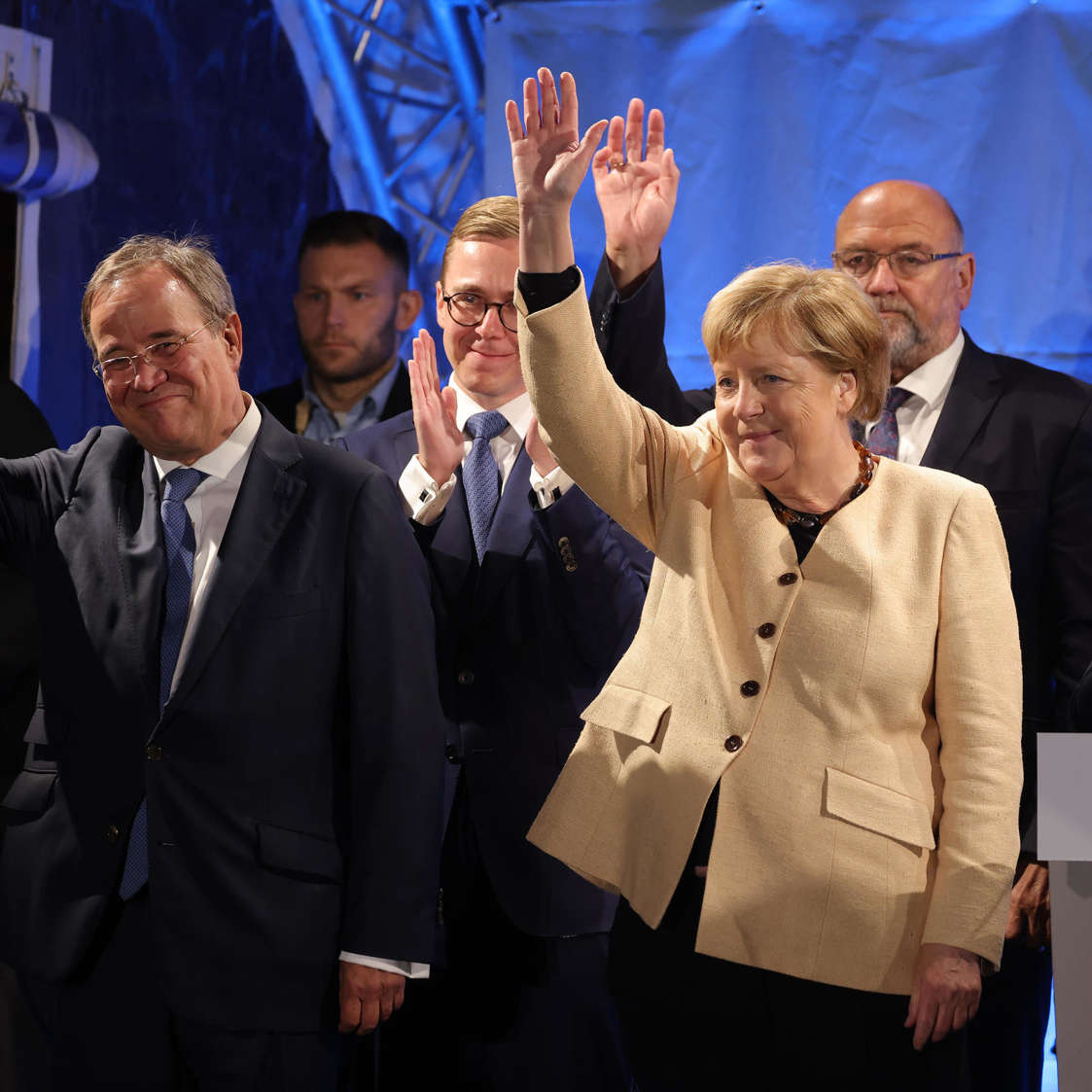 German Chancellor Angela Merkel is about to leave her post as leader of Europe’s biggest economy after 16 years in power. Just a few months ago, the race to succeed her looked over before it really even started, with her center-right party’s candidate, Armin Laschet, holding a solid lead in the polls.

But days before Germans were to cast their votes to elect a new government on Sunday, September 26, Merkel’s anointed successor found his campaign wallowing in the wake of gaffes and at pains to convince a flood-battered nation that now is not the time for a sharp shift to the left in both domestic and foreign policy.

“The promise that he entered the election campaign with, that he is a continuation of Angela Merkel’s pragmatic but warm style, he is not living up to that promise,” Professor Christoph Nguyen, a political scientist at the Free University of Berlin, told CBS News. “There have been some key gaffes, where he has been seen laughing during a very sombre speech, during the floods.”

This summer’s floods claimed almost 200 lives. It was the biggest natural disaster in recent German history, and it pushed climate change —and Germany’s progressive Greens party — to the top of the election agenda.

But more recently, the Greens have lost ground, too, ceding headway to the Social Democratic Party (SPD). The center-left party has been the junior coalition partner in Merkel’s government for the last eight years, and the SPD’s Olaf Scholz has been her vice chancellor for the last three.

Apparently appealing to voters who want something more akin to the status quo, the plain-speaking politician now appears to be on track to become Germany’s next chancellor.

“He was a great finance minister, he is globally connected, he’s a champion of Europe — whether that makes him a great Chancellor, I don’t know, but I think he has a good chance,” Berlin resident Andreas Schleicher told CBS News of Scholz, just a couple days before the election.

Germany’s electoral system almost always leads to the formation of a coalition government, in which no single figure or party has the power to sway the country’s fortunes alone.

Merkle is widely considered one of the most effective European leaders of recent times, and whoever takes the reins from her, and whoever they decide to partner up with, will have their work cut out for them. That work will include resetting transatlantic ties after Europe bristled over the U.S. government’s chaotic withdrawal from Afghanistan.

Wolfgang Ischinger, head of the Munich Security Conference and a former German ambassador to the U.S., told CBS News that with Merkel’s departure, the U.S. will undoubtedly lose a well-known and reliable partner.

“The good news is that, regardless of the outcome of our elections, it is a foregone conclusion that the next government will not become hostile to the United States,” he told CBS News.

But that’s not the message that Merkel’s Christian Democratic Union (CDU) party has been giving German voters in the run-up to the election. The specter of a potential left-wing coalition built by the SPD and the Greens, and possibly including the former communist Die Linke (The Left) party, is one that Laschet hopes will scare centrist voters back into his own party’s familiar, center-right arms.

“Does anyone really believe in a party that wants to override constitutional norms, that wants to leave NATO, that has voted against every European unification measure?” he asked during a recent campaign rally in Berlin, trying to instil fear over Die Linke’s genuine anti-NATO stance and its refusal to back military deployments with European partners.

Laschet’s Social Democrats insist they will not compromise on their more centrist values, regardless of any potential coalition partners. But their rivals in Merkel’s CDU say it’s clear the party wants to form an alliance with the left — and to pull Germany’s national and international politics in that direction in the process.

Original Article: After 16 years, Merkel’s time is up, and Germany’s heading left (msn.com)