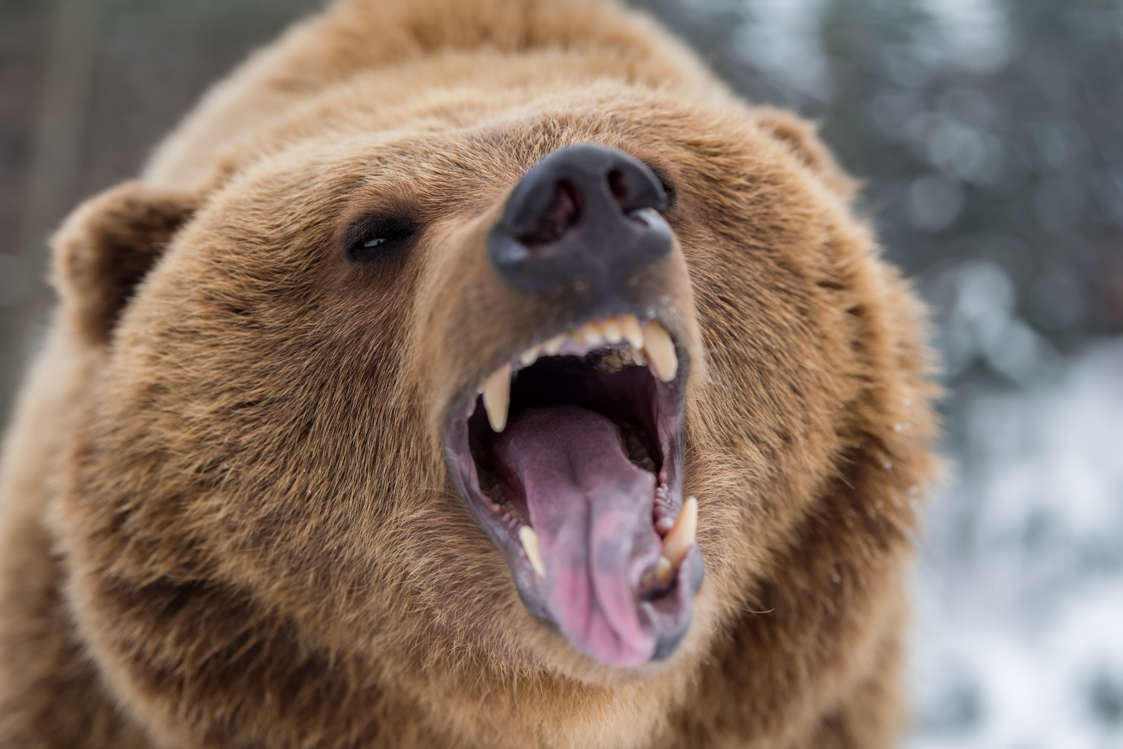 Dramatic footage has emerged showing the moment that the Alaska Air National Guard rescued a hunter who had been attacked by a grizzly bear.

Jason Long, 39, from Eagle River, Alaska, was mauled by a mother bear near the Chisana River in Wrangell-St. Elias National Park and Preserve on September 8, according to a statement from the National Park Service (NPS).

At the beginning of the clip, the team can be seen flying above a valley in the park on their way to the hunter’s location.

Rescuers can then be seen carrying a stretcher, which they then use to hoist Long up into the helicopter hovering above.

According to the NPS statement, the hunter was alone when a grizzly bear sow with two cubs mauled him, causing lacerations and puncture wounds.

After the attack, Long activated the SOS button on his GPS device, which alerted the Alaska Air National Guard.

Officials diverted a rescue team helicopter from the Eielson Air Force Base, which was already airborne on a routine mission, and directed it to head toward Long’s location.

On arrival, two rescuers then departed the helicopter to treat and prepare Long for transport. The hunter was eventually taken to the Providence Alaska Medical Center where he received treatment and was in stable condition.

The NPS said female bears with cubs are naturally defensive of their young, particularly when they are surprised.

There is no indication that the bear in question is unusually dangerous, according to the park service. And given the defensive nature of the attack, officials are not planning to locate the bear involved.

The NPS said it is important to be “bear aware” when camping or hiking in Alaska’s national parks.

With an area of 13.2 million acres, Wrangell-St. Elias National Park and Preserve—located in south-central Alaska—is the largest U.S. National Park.

The combined area of the park is equal to six Yellowstones—or Yellowstone, Yosemite and the country of Switzerland combined—according to the NPS.

The elevation of the park ranges from sea level all the way up to 18,008 feet at the peak of Mount St. Elias—one of the tallest mountains in North America.

In 2020, a hunter was killed by a grizzly bear in Wrangell-St. Elias in what was the first ever fatality from such an incident in the park.