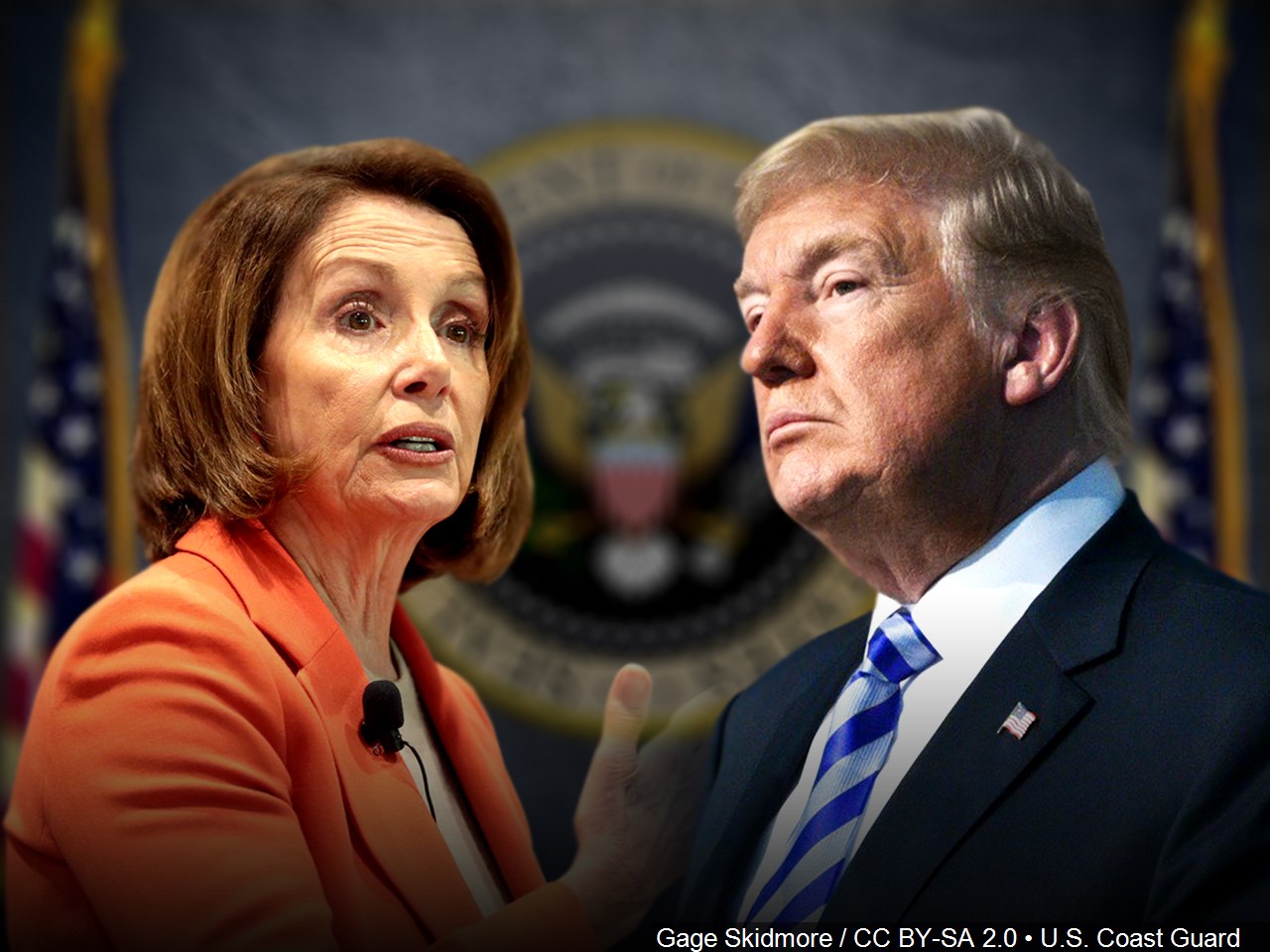 Former U.S. President Donald Trump might make another White House run in 2024, but if he does, he will take his place in American history as a two-time loser, House of Representatives Speaker Nancy Pelosi predicted on Thursday.

Visiting England for a meeting of parliamentary leaders from G7 countries, the Democratic leader was asked during a forum to reflect upon the two impeachment proceedings she initiated against Trump late in 2019 and in January 2021.

Seizing an opportunity to score a political point against the man who continues to be the most powerful force in the Republican Party, Pelosi proclaimed, “I don’t ever talk about him.”

However, she continued to talk about Trump, though not by name.

“I reference him from time to time as ‘What’s His Name,'” Pelosi said, quickly adding: “If he wants to run again, he’ll be the first president who was impeached twice and defeated twice.”

Her remarks were met with loud applause from the largely British audience.

Throughout Trump’s four years in the White House, Pelosi tangled with the president over immigration policy, infrastructure investments, the pandemic response and a wide range of other domestic and foreign issues.

She gained a reputation of being eager to skewer the hard-hitting Trump and became one of the biggest thorns in his side as she initiated not one, but two impeachment proceedings against him.

The former president is already playing a role in the 2022 midterm elections for Congress by recruiting challengers to Republican lawmakers he has tangled with. And Trump has dropped numerous hints he might seek the presidency for a third time in 2024.

“I say to my Republican friends, and I do have some, ‘Take back your party,'” Pelosi said. “You have now been hijacked by a cult that is just not good for our country.”