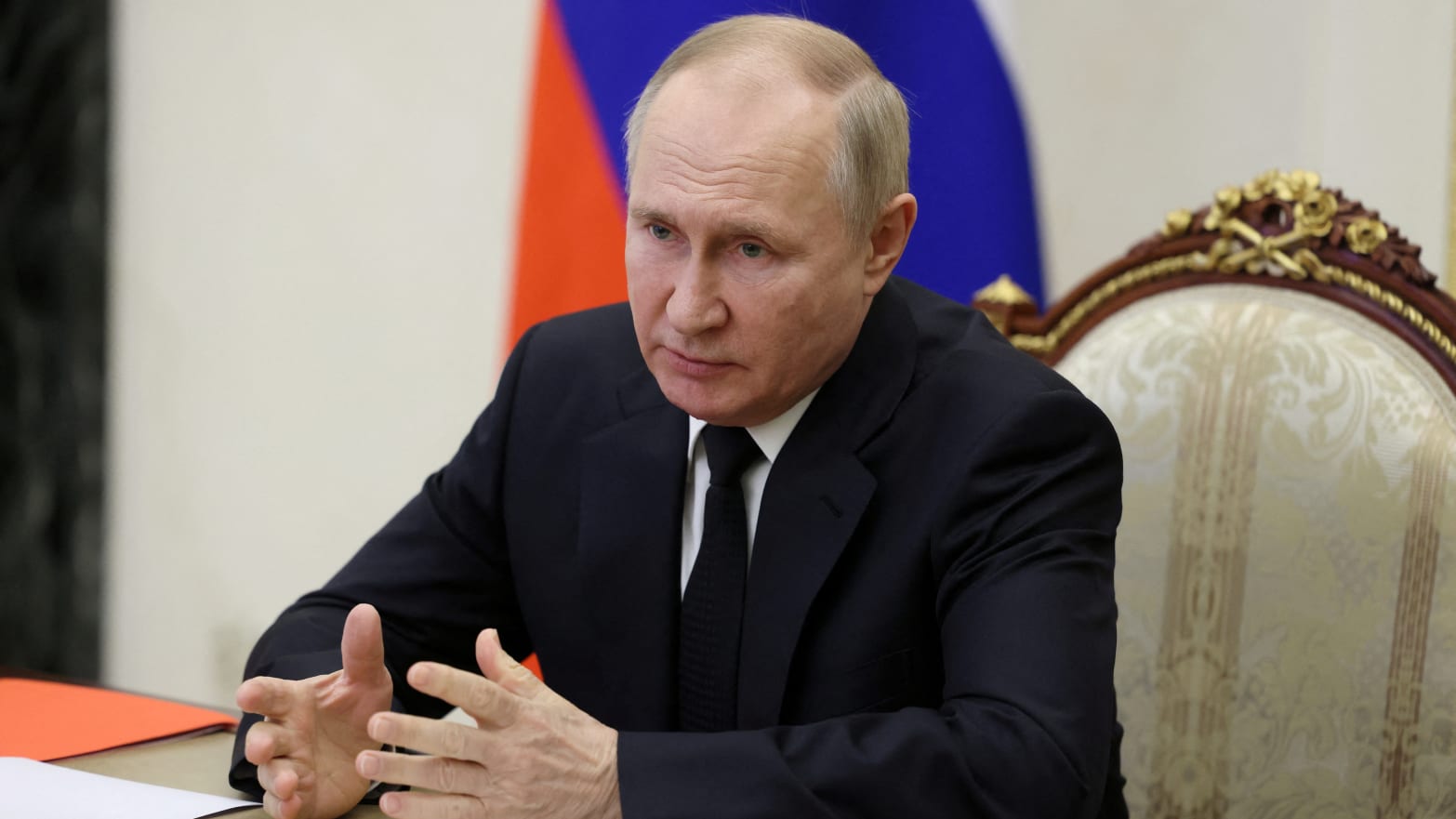 Russia’s Vladimir Putin and his cronies already have a plan in place to flee the country once things go sideways, a former aide to the Russian president has claimed.

Abbas Gallyamov, a former speechwriter for Putin, made the astounding claim on Telegram early Wednesday, citing an unnamed source that he said had “insider” information on the whole affair.

The evacuation plan, according to Gallyamov, got underway back in the spring, when it was unofficially dubbed “Noah’s Ark.”

“As the name implies, it’s about a search for new land to go to in case it becomes completely uncomfortable in the homeland. The leader’s entourage has not ruled out that he will lose the war, be stripped of power, and have to urgently evacuate somewhere,” Gallyamov wrote.

Putin’s inner circle first considered a plan to evacuate to China, Gallyamov said, but later thought better of it, fearing the chances of “cooperation” from the Chinese were slim, especially since they despise “losers.” Now, he said, the focus has shifted to either Argentina or Venezuela, with Putin ally Igor Sechin currently overseeing an evacuation plan for the latter country.

The plan is so far along, Gallyamov said, that Sechin’s “right-hand man” at Rosneft “formally resigned” from the oil giant to handle “on-site work.”

Citing two sources close to the presidential administration and a source in Rosneft, the Telegram channel Mozhem Obyasnit also reports that high-ranking officials have already begun buying up real estate and working on getting residency rights in Venezuela. Those lower on the totem-pole in the presidential administration and Russian government are seeking residency in Ecuador, Paraguay, and Argentina, according to that report.

In particular, a source was quoted saying, Russian officials have snatched up property on Venezuela’s Margarita Island, where they are confident they’ll be safe from extradition.

“The island of Margarita in Venezuela is their local Courchevel,” the source was quoted saying, comparing the would-be Kremlin hideout to the famous French Alps ski resort.

Conceding that he had no further details, Gallyamov said the sheer fact of an evacuation plan “is enough to understand” that “when they say ‘everything is going according to plan,’ it’s worth asking which one. They seem to have many more than one plan.”

His bombshell claims came as the Russian leader played down reports of record-low morale among Russian troops fed up with his fledgling war nine months after it started. Myriad reports have emerged in recent weeks of draftees fleeing their bases en masse after their complaints of shoddy equipment and supplies went ignored. And the rise of troops’ relatives publicly blasting the so-called “special military operation” has even led some experts to suggest it could be the tipping point to a full-blown civil war.

According to Putin, however, everything’s fine.

“There are no problems with desertion in the zone of the [special military operation]. There were isolated incidents, but on the whole, there’s nothing like that. … Are there people who leave their positions? Yes, that has happened. It’s happening less and less,” Putin claimed Wednesday while meeting with members of the country’s human rights council.

He also denied reports by human rights groups that “camps” have been set up where hundreds of Russian defectors have been forcibly held in basements, claiming such reports are “fake.”

Warning that the war is likely to be a “long process,” Putin went on to hail the seizure of new Ukrainian territories (while failing to mention that Ukraine has already won some of them back) and offered an ominous outlook on the prospects of a nuclear war.

“Such a threat is growing. Why deny it?”